Rick Shiels, one of YouTube golf's most popular content creators, confirmed the news on his latest podcast. 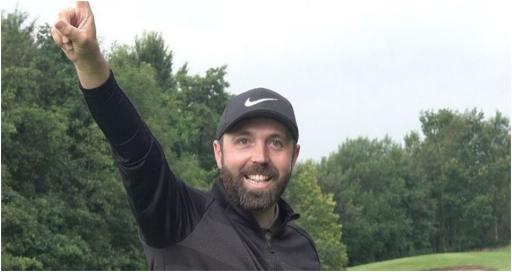 The pro golfer now has 2.12million subscribers on his channel and has already interviewed the biggest names in golf on his podcast.

This season has has spoken to Bryson DeChambeau about the subject of shouting "fore" on the golf course.

Viktor Hovland and Lee Westwood have also appeared on the podcast.

I have a new sponsor!

On his most recent podcast, he announced: "Over the last 18-months, I couldn't even imagine how many footwear brands have sent me shoes.

"My garage is literally full of boxes however, none of them have passed the test for me up until I started wearing Ecco.

"Genuinely, hands-down, they are the comfiest shoes I've ever worn. Not even a question."

Shiels is not sponsored by any equipment manufacturers so as to remain impartial when reviewing products.

Added Shiels: "With any sponsorship, because I've got an audience, I'm always quite protective about what we push to the audience.

"I've always been super cautious about this relationship between what I wear, what I endorse and how closely that is linked to manufacturers.

"I just think it's not a clean transaction if there is any kind of integration there.

"For me, I try to keep it ridiculously separate. Whatever I wear, whatever I get involved in, will not be involved with manufacturers."

Shiels was previously partnered with Nike Golf in a head-to-toe deal. That was after Nike had left the equipment market.

That relationship came to an end after Shiels admitted that "Nike's strategy" had changed.

Shiels previously said: ""So for me their [Nike's] model had changed a bit too much for my liking.