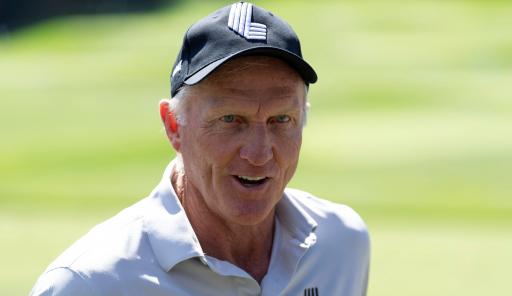 LIV Golf boss Greg Norman lashed out at the Official World Golf Ranking during the Bangkok Invitational, claiming some of the board members "hate LIV."

Speaking at Stonehill Golf Course in Thailand, Norman reacted to the news that the OWGR would review the MENA Tour's new structure which wanted to integrate the Bangkok Invitational and the Jeddah Invitational into its schedule.

The Australian, who won The Open Championship twice in his career, shared the annoyance of Bryson DeChambeau who claimed LIV Golf meet the relevant criteria and the OWGR is "delaying the inevitable."

MENA Tour commissioner David Spencer also claimed that none of the OWGR's reservations had been communicated to the Dubai-based circuit ahead of the Bangkok Invitational which was set to be LIV's first-ever ranking event.

"No, it's not a setback. It's a setback for them (OWGR) because quite honestly, my players should have it (ranking points). There are 22 tours that have world ranking points and there's only one that's equal to or superior to what LIV is. Only one," Norman said.

#NEW: Greg Norman sounds off on the OWGR pic.twitter.com/p1YBY46e4x

"Just because you have a negative viewpoint and you're one of the voting members of an independent organisation, that you hate LIV and you vote against it... Grow up."

For as long as LIV Golf players don't have access to OWGR points, they will tumble down the rankings which will eventually make them ineligible for major championships, once their exemptions run out.

The OWGR claimed that there wasn't enough time for a "customary necessary review"  to be carried out in order to grant the LIV Golf events on the MENA Tour OWGR points.

This would suggest that all is not lost for LIV Golf as the review process is taking place. While LIV continue its quest for OWGR legitimacy, they are yet to feature on any mainstream broadcasting network, despite strong rumours linking them to a deal with Fox Sports.