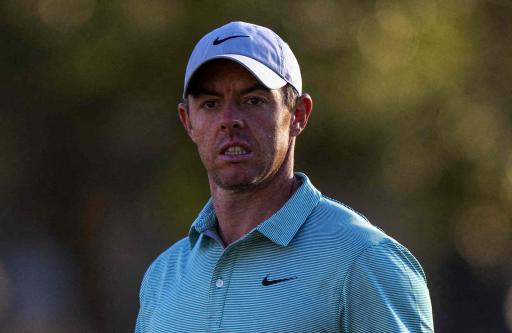 DP World Tour pro Connor Syme has told GolfMagic that he believes Rory McIlroy has every right to feel "frustrated" by LIV Golf but that he personally does not consider those on the Saudi-backed circuit as "bad people".

Syme, who finished in the top three on the DP World Tour three times in 2022, was speaking on the third episode of the brand new 'From The Tips GolfMagic Podcast'.

McIlroy tees up in his first tournament of the year at the Dubai Desert Classic on the DP World Tour this week where nine LIV Golf players are also in the field.

There has already been some drama before the opening round with a report emerging in the Irish Independent that LIV Golf's Patrick Reed threw a golf tee at McIlroy in disgust on the range.

McIlroy has also seemingly also made a huge equipment switch to start the season.

The rising Scottish star also spoke to us about his blossoming career on the DP World Tour, working under his manager Niall Horan at Modest Golf and an exciting new app he has been working on called goolf.

Syme, ranked 200th in the world, is in the field in Dubai this week as he looks to build on his T28 in Abu Dhabi last Sunday.

WATCH the latest episode of the GolfMagic Podcast below, or you can listen here:

Elsewhere on our latest podcast episode, GolfMagic Editor Andy Roberts and Tour Writer Matt Chivers gave their views on LIV Golf finally agreeing a multi-year deal with The CW Network, which is the fifth largest in the USA.

Andy considers the partnership to mark another disappointment for LIV Golf given they failed to acquire any of the major sporting networks.

Harry and Matt are equally baffled by the move given the channel currently only shows dramas and movies.

Then again, you could argue LIV Golf has been something of a drama so far since its inauguration last June.

Viewing figures were hardly anything to shout about in LIV Golf's first season, which ran primarily for worldwide fans on YouTube, Facebook and their official website.

DAZN also broadcast the tournaments, but not for everyone around the world.

Andy reveals some of last year's concurrent viewing figures from the LIV Golf YouTube channel on the podcast episode, and compares them to that on the PGA Tour when its on a powerhouse such as CBS Sports.

Perhaps it will go some way to boosting numbers, but then again, we may never know given the network is not backed by the Nielson TV Ratings.

LIV Golf has also failed to sign any notable PGA Tour players this season and seemingly continues to struggle when it comes to attracting sponsors.

News emerged yesterday that its managing director has stepped down from his role, too.

You can check out the LIV Golf League Schedule here.

After last week's successful pick of Jon Rahm at The American Express, Andy and Matt signed off the podcast episode with their selections for this week's Dubai Desert Classic and Farmers Insurance Open.