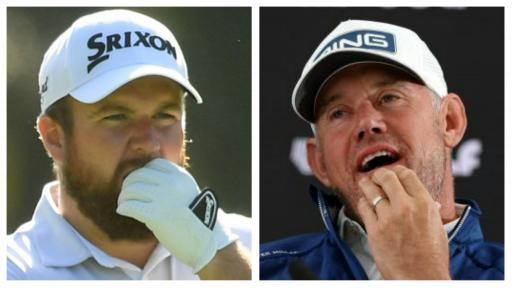 Shane Lowry has rolled his eyes at hearing Lee Westwood draw comparison between the PGA Tour's latest plans to that of the LIV Golf Tour.

Lowry, who plays on both the PGA Tour and DP World Tour, left a 'rolling eyes' emoji in the comments section to Golf Digest's interview post with Westwood, who moved to LIV Golf earlier this season.

The PGA Tour unleashed a number of changes to the circuit on Monday in a bid to stop more players leaving for the Saudi-backed LIV Golf League.

Westwood spoke to Golf Digest's John Huggan to give his verdict on the new PGA Tour plans.

And he believes it's a direct copy.

"I laugh at what the PGA Tour players have come up with. It's just a copy of what LIV is doing," Westwood told Digest.

"There are a lot of hypocrites out there. They all say LIV is 'not competitive.'

"They all point at the no-cut aspect of LIV and the 'short fields.' Now, funnily enough, they are proposing 20 events that look a lot like LIV. Hopefully, at some point they will all choke on their words. And hopefully, they will be held to account as we were in the early days."

It's fair to say former Open champion Lowry did not take kindly to seeing Westwood's comments with his choice of response in the comments.

The meme read: Jay: "Hey, can I copy your homework? Greg: "Sure, just make it look different so it doesn't look too obvious."

Norman captioned the post: "A day late and a dollar short @pgamemes."

Westwood responded with a crying laughter emoji in the comments.

Next Page: Next LIV Golf player CONFIRMED for Boston event