LIV Golf: Struggling to understand the drama? Watch this explainer...

If you're confused about the drama surrounding the LIV Golf Invitational Series, this video perfectly sums up everything... 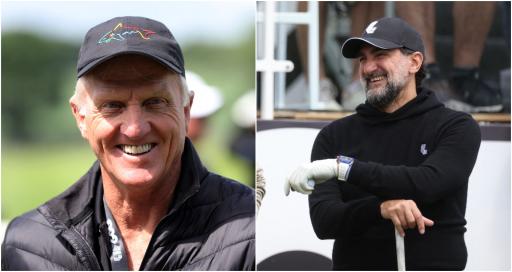 If you're a UK resident you may have heard of the BBC's Ros Atkins. Now he's turned his attention to the LIV Golf Invitational Series.

Over the last few year's, the journalist has repeatedly skewered Boris Johnson and his government over the "partygate" scandal, among other topics.

"Drinks, nibbles, games," he said at the start of one famous monologue. It made him a household name as he explained the facts in a measured tone.

It meant that Atkins was credited for "a whole new way of reporting" as throughout the videos he stopped short of having an opinion.

Now he has taken to golf and explained - somewhat perfectly - the drama surrounding the Saudi-backed LIV Golf Invitational Series that begins at Centurion Club today.

Since the video was posted late last night, it has already been more more than one million times. And it's rising.

If you’re not a golf fan, you may think 8 mins on a golf tournament isn’t for you. But this video unpacks why a Saudi-funded series of tournaments is getting attention far outside the golf world. pic.twitter.com/hPRyvsDzkf

The explainers, Atkins has previously explained, were created in an attempt to make live TV also work as an "on-demand" digital product.

Atkins is a former DJ and has been with the BBC for more than 20 years.

The BBC's senior controller of news output and commissioning, Jamie Argus, previously told the Guardian about Atkins: "He's made this type of explainer his own, and it’s proved wildly popular with audiences across the world, and very shareable on social media."

The first event of the series is worth $25million, with the individual winner $4million.

Phil Mickelson is headlining the event, returning to the golf world four months after going into self-imposed exile.

GolfMagic's Matt Chivers had the opportunity to walk with Mickelson during his practice round at Centurion Club.