Lee Westwood has hit back at DP World Tour pro Eddie Pepperell after he was told to "keep quiet" about the LIV Golf Invitational Series. 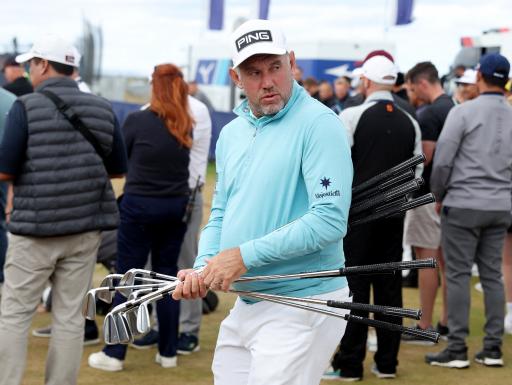 Earlier in the week Westwood, the former World No.1 and Ryder Cup Europe stalwart, absolutely scoffed at the grand reveal from the PGA Tour.

That grand reveal was essentially the established American circuit's masterplan to deal with the threat of LIV Golf.

Oh, and Tiger Woods and Rory McIlroy are starting their own golf league called TGL. It's clear that some LIV players (or maybe all of them?!) believe their model is being copied.

The bombshell changes have also meant that some believe that Phil Mickelson was right all along.

Westwood responded to Jon Rahm's comments at the Tour Championship at East Lake. Apparently the Spaniard was unaware about the obligations to play a certain number of tournaments under the new proposals.

Then it all got a bit spicy!

Check out the exchange here:

I’m sure this will be covered in the “strategic alliance “ Jon. https://t.co/Fw3UZohfO1

Hard to know what to make of you these days Lee. You’ve taken the money moving to LIV (which is fine), but surely keeping quiet would be a better, classier way to go about things at this point? Just a thought.

I nearly missed this tweet Ed. Are you saying I’m not allowed to express my opinion on Twitter? I thought that was what social media was made for?

It is! (Wouldn’t I know) Suppose I was just suggesting you read the room. You’ve done well out of this, and moving forward quietly might be best. We know you think Keith fucked up and that the DP Tour is in the bin.. but yeah, take your cake and enjoy it in the corner.

We’ll always disagree on this. I’ve watched the DPWT and Aus tour + others be bullied by the PGA tour for the last 25 years and don’t think we should roll over to them & you think we should be a feeder tour and lose all our best players to them. Thus becoming the 5th best tour.

This is not the first time that Pepperell has gone after a LIV player. He's spoken on the topic a number of times in recent weeks and months.

He has previously said that he rooted for Sergio Garcia as a player but found it difficult to root for him as a person.

Because he has been so outspoken on the topic, he even starred in this hilarious video mocking the situation.

Elsewhere, it has been reported that as many as seven PGA Tour players will be announced as LIV Golf signees after the conclusion of the FedEx Cup Playoffs.

Next page: Harmon calls out BS from LIV players, urges forgiveness for Phil