A PGA Tour pro who has withdrawn from the Farmers Insurance Open has reportedly agreed to join the LIV Golf League after receiving a "mega offer" from the breakaway tour. 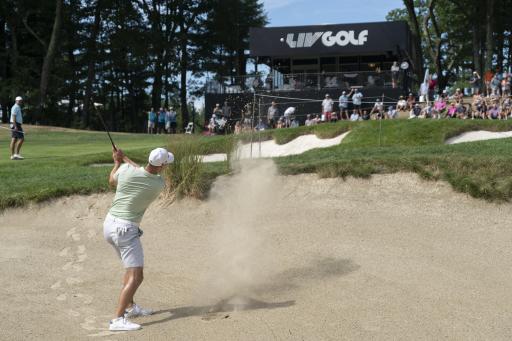 The LIV Golf League rumour mill is kicking into overdrive once again.

Much like their inaugural season, the breakaway tour is now slowly beginning to gather a bit of steam after a slow start.

First they finally struck a U.S. TV deal with the CW Network. Okay, the network may not have been the league's first target, but still.

Elsewhere, their schedule finally been confirmed and it's very Trump-heavy. Their commissioner Greg Norman now has been promoted, too.

Norman, 67, apparently has been given more power after Majed Al Sorour reportedly stepped down from his role.

Al Sorour had been described by the PGA Tour in their court battle as "the wizard behind the curtain" and pulling all the strings for the breakaway tour.

The news of the Australian's promotion is a tad surprising given that there was chatter not too many months ago about Norman being "moved upstairs".

There was talk he was going to be replaced with Mark King, the former TaylorMade supremo, in a bid for LIV to achieve more legitimacy and less controversy.

What comes next is signings. Where are the signings? LIV promised they would prize more players from their PGA Tour rival.

We await formal announcement of Mito Pereira, the young Chilean who almost won a major championship in 2022.

Reports surfaced over the weekend that one PGA Tour player already in the field for the forthcoming Farmers Insurance Open at Torrey Pines will withdraw citing an injury after receiving a "mega offer" from LIV.

Now we'll have to take this with a pinch of salt given given that players withdraw from tournaments all the time for various reasons.

John Huh WD from Farmers Insurance Open and replaced in the field by Scott Brown.

Huh, 32, turned professional in 2008 and has one Tour victory to his name, which came at the Mayakoba Golf Classic in 2012.

Needless to say, the rumour that Huh has received a "mega offer" has not convinced some golf fans.

One person replied to @SecretTourPro - who first reported the "news" - by saying: "You know Greg's in trouble if LIV's 2023 mega offers are going to John Huh."

BREAKING: An already entered player for next weeks Farmers Insurance at Torrey Pines has withdrawn after receiving a “Mega Offer” from LIV Golf. It’s said that the individual will withdraw “due to injury” before the tournament. #SecretTourPro

Elsewhere, @Handicap54 has reported that another PGA Tour pro, Sebastian Munoz, will be playing in the forthcoming PIF Saudi International.

The Saudi International was previously under the banner of the European Tour but now is the flagship event of the Asian Tour.

Players from the established, main tours have been receiving waivers to compete in this event ever since its inception but in these times it feels slightly different given that PIF - the bottomless Saudi wealth fund - are the financiers of LIV Golf.

A host of LIV players will be teeing it up in Jeddah next month.

PGA Tour commissioner Jay Monahan confirmed to reporters that every player who asked was granted a release to compete in this tournament which conflicts with the AT&T Pebble Beach Pro-AM.

At the time, Monahan said:

Who do you think will be the next LIV Golf signing? Do you care? Will you watch? Let us know.