RUMOUR: World Top 10 player off to LIV Golf after being aggrieved at "Rory Tour"

The latest rumour on social media is that a current World Top 10 player is off to LIV Golf as a result of being "aggrieved at the new PGA Tour proposals". 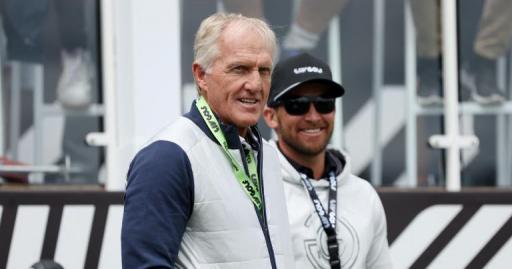 Another week, another LIV Golf rumour emerges and it once again involves one of the world's best golfers potentially leaving the PGA Tour.

And the latest big rumour following the completion of the BMW PGA Championship on the DP World Tour tonight is that yet another shock name could very well be joining them soon on the Saudi-backed LIV Golf Invitational Series.

It would appear the player in question has not taken well to the huge new changes made by the PGA Tour ahead of the new season, which starts this week.

The field for LIV Golf Chicago this week is already confirmed.

My info has always been spot on for players going to LIV!

Been informed top 10 player is going. He is aggrieved at the new PGA proposal and the “Rory tour”

I will let you guess for a few days

"My info has always been spot on for players going to LIV!" reads a tweet from @GolfLoverUK.

"Been informed top 10 player is going. He is aggrieved at the new PGA [Tour] proposal and the "Rory Tour".

"I will let you guess for a few days."

This tweet has since been approved by our friends at Handicap 54, who have been bang on with just about every player transfer on LIV Golf so far.

I have similar information. Attention! https://t.co/gCE4Ynyz60

"I have similar information. Attention!" reads a tweet from @Handicap54.

While we have no further information on who this "Top 10 player" could be exactly, we can at least narrow the process down for you.

Let's take a look at the current Top 10 on the Official World Golf Ranking (OWGR):

So who could the 'Top 10' player moving to LIV Golf be then?!

Smith has already gone to LIV Golf and McIlroy, Scheffler and Thomas are three certs to remain on the PGA Tour, so we can rule them out.

There had been some talk that Rahm was ready to move on, but the Spaniard has shut down such talk so he's out the race, too.

I must inform you that you have started a losing streak because you and your source are wrong. I want to thank you for the lift in the PIP https://t.co/oaejFoXYrz

Zalatoris has also confirmed his allegiance to the PGA Tour, but did say he could one day see a future where they eventually combine with LIV Golf to allow players to compete on both circuits.

Morikawa would be a surprise if he went to LIV Golf, too, especially after his recent and slightly bizarre cereal tweet.

Despite being linked with a move to LIV Golf at the start of the summer, Cantlay told the media recently how he is looking forward to competing alongside Schauffele at the Presidents Cup later this month.

Schauffele also recently confirmed he turned down an "obnoxious" offer from LIV Golf.

We are fairly confident best buds Cantlay and Schauffele will remain on the PGA Tour, at least for now.

So that really leaves us with Hovland, who has been heavily linked with a move to LIV Golf all summer.

He would have to sit at the front of those in the top 10 for a move to LIV Golf you would think.

But let's see what happens.

Hideki Matsuyama remains one of Norman's biggest targets ahead of the new LIV Golf League in 2023, but he is currently ranked 16th in the OWGR.

It is understood that Matsuyama has been offered in the region of $400 million to jump ship.

LIV Golf Chicago tees off this Friday, before the circuit moves over to Thailand and Saudi Arabia in October before being completed in Florida.