Tiger Woods and Phil Mickelson could both be absent from The Masters together for the first time in 28 years. 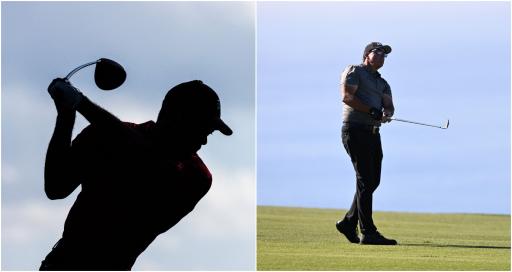 Tiger Woods and Phil Mickelson have battled against each other for so long you almost mention them in the same breath.

As we head towards Augusta National for the 86th Masters, it could be the first time since 1994 that we don't see them in action together.

Lefty has said he "desperately" needs time away in the wake of his explosive remarks of using the Saudis as leverage against the PGA Tour.

When, where and if Mickelson re-emerges is a big question. Woods has shown there is always a route back when private disgraces go public.

Woods, on the other hand, has re-emerged after another car crash looking fit, healthy, happy and grateful to be alive with all of his limbs in tact.

At the 2022 Genesis Invitational at Riviera, Woods' improved mobility (okay, he walked up some steps without a limp) had some fans suggesting the Masters could be on.

One thing was clear from that week, though. Woods will be back. He said as much.

He has famously always underplayed his hand when on the comeback trail so chances are he is probably fitter than he leads us to believe.

The return... return to glory?

Mickelson won the first of his three green jackets in 2004.

By this point in his career he had already won 22 times on the PGA Tour.

Mickelson looked as if he was about to throw it away and trailed Ernie Els for the better part of two hours.

He evened things up at 16 with a birdie, then drained a birdie putt at 18 and famously leapt in the air.

In 2006, the won the Masters again. It was a clean victory. He started the day with a one-shot lead and didn't bogey until the 18th.

In 2010, Mickelson had an emotional victory at Augusta National. His wife Amy had been battling cancer. His mother, too.

Jim Nantz famously said: "That's a win for the family". Mickelson was flawless that week and not even Woods could derail him.

Woods has played in 22 Masters and won five green jackets.

In 2001, he won his second Masters title and sixth overall with a two-stroke victory over David Duval.

Woods returned a year later to win again. This time, it was a margin of victory by three strokes over Retief Goosen.

It was the third time a golfer had gone back-to-back at Augusta National.

Woods won his fourth Masters title and ninth major with a playoff victory over Chris DiMarco in 2005.

Both had finished at 12-under par. The cat joined Jack Nicklaus and Arnold Palmer as the only four-time winners at Augusta National.

In 2019, Woods won his fifth Masters and 15th major title 14 years after his last triumph at the storied venue.

We all remember the scenes. The celebration. The relief. The emotion.

It had a different feel. Have you ever seen Woods evoke such emotion in the aftermath of a victory?

The return to glory.

Is there another victory there for Woods?

You wouldn't bet against it.