"I'm not just going there for the sake of playing." 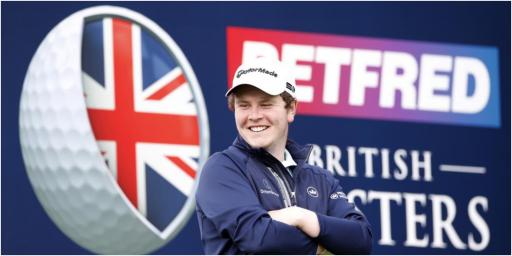 Scotland's Bob MacIntyre says he's not just coming to make up the numbers at the 150th Open Championship.

The 2022 edition of the tournament will see it celebrate 150 years of history at the home of golf at the Old Course, St Andrews.

McIntyre, 25, has already proven that he can handle golf's toughest test as he tied for sixth in his debut at Royal Portrush in 2019.

At Royal St George's this year, where Collin Morikawa put in a performance that belied his years, he was in the top-10 again.

MacIntyre told The Scotsman: "If I could only have played one Open, it would be the Open at St Andrews.

"If I could pick one, it would be there. For the buzz, and the atmosphere of being a Scot playing an Open Championship on home soil is where we all want to be."

He added: "Getting to do that is something I have dreamed of (his name being announced on the tee). But I'm not just going there for the sake of playing. I'm going to compete.

"I'll be going off the position of two good finishes in my first two Opens, so I know what to expect. So I'll go there with all the intentions to win, like I do every week."

MacIntyre wins back-to-back holes to go ahead in his match against DJ.#DellMatchPlay pic.twitter.com/IxPMMAFoft

MacIntyre had a decent season on the European Tour, now the DP World Tour, and finished in ninth in the Race to Dubai standings.

Two years ago he finished 11th in the points race as a rookie. And his finish at the DP World Tour Championship saw him secure a spot at the 2022 U.S. Open.

It will see him complete a full set of majors.

MacIntyre further told the publication: "For me, it's not rocket science. It's simple. And do the simple things right and have the right people around you do the same things. Then just go and play golf and get on with it."