2021 QBE Shootout: What is greensomes and HOW does it work?

This is everything you need to know about the format... 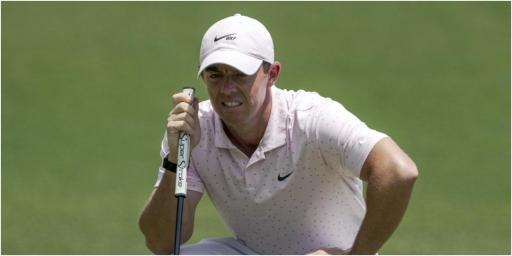 The QBE Shootout is currently being played out this weekend and it's a unique event on the PGA Tour schedule.

It has been described by some as a "silly season" event as there are no FedExCup points on offer at all.

The format is also different on each day at Tiburon Golf Club in Naples as well, where participants are playing in pairs:

Six straight birdies to close give the Aussies the lead. pic.twitter.com/h7WbKv0H4U

So, they are playing greensomes on day two.

But what is greensomes and how does it work?

Many people regard greensomes as more fun than other formats as everyone gets to hit a tee shot.

Greensomes in golf is alternate shot format played in pairs.

There are various names for this format which include:

There is also another format, called gruesomes, whereby the WORST drive is selected.

How do you calculate a handicap in greensomes?

To calculate a handicap in greensomes, the Council of National Golf Unions (CONGU) recommends it should be 0.6 of the lower player's handicap and 0.4 of the higher player's. If both handicaps are equal, it should be half the combined total.

This is the field of the QBE Shootout

US PGA
Who is US PGA leader Mito Pereira's wife? Meet Antonia Prida
US PGA
Kramer Hickok has a nightmare in the sand then holes out at PGA Championship
US PGA
Who is PGA Tour star Will Zalatoris' girlfriend? Meet Caitlin Sellers
US PGA
Cameron Smith hits PGA Tour pro ON THE HEAD with errant tee shot at US PGA
PGA Tour
Phil Mickelson's Mum: "Not too many people recognise him"