"Am I an idiot? Yes" Memorial leader Billy Horschel on working with Fooch

Billy Horschel says he's working on his patience as he surged out in front after 54 holes at the Memorial. 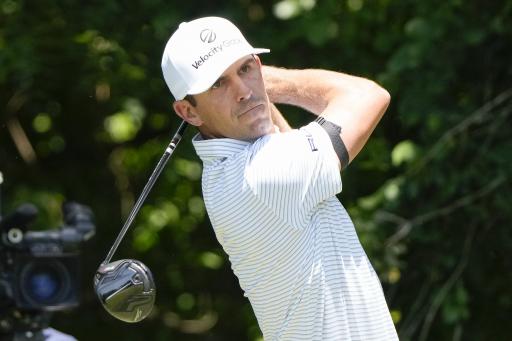 Horschel, 35, carded a superb bogey-free 65 on Saturday at Muirfield Village to forge a five-shot lead at Jack's place.

He went 44 straight holes without a bogey as he climbed from joint fourth on the leader board to taking full command.

The American is in search of his seventh PGA Tour win. The last victory came at the 2021 WGC Match Play in Austin, Texas.

This week Horschel revealed that after the Masters he and his caddie "Fooch" had a conversation.

That involved how they were going "to get back at it". Although he's purposeful on the greens, he has a habit of being too quick over the ball.

"I mean, I'm sure I'm going to shock everyone when I say this. I move very quick, and I'm impatient, and so I'm ready to go without always being clear on everything," he admitted after finishing his third round.

"Sometimes I just want to get the golf shot over with. Yes, am I an idiot for not doing what I know works every time? Yes.

"Obviously I haven't played well in majors, which has been sort of a pet peeve of mine now for a while."

Then Horschel dived deep into his process with his caddie Mark "Fooch" Fulcher, who used to be on the bag for Justin Rose.

Horschel said: "Fooch does a really good job, and Fooch tries, and sometimes I'm short and I don't want to listen. Like I said, shocking.

"Yes, I mean, Fooch has done an unbelievable job of trying to do the right things, and sometimes we just move a little too quick. We're not very clear enough on everything we need to do, and so that falls on me, not on Fooch.

"Like I said, we had a conversation after Colonial, and we just said, we need to get back to it.

"There was a couple times where I've tried maybe a little quick this week, and he's sort of pulled me back, and there's other times where we thought we had the shot and then I wasn't sort of fully committed and I backed off and we talked about it a little bit more to make sure we were hitting the right shot with the right club and doing things to give ourselves the chance to succeed.