Kevin Na has resigned from the PGA Tour and the reaction to this news has been somewhat one-sided. 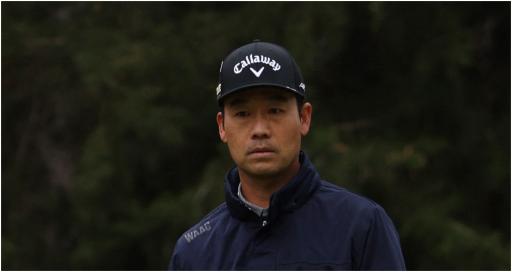 Kevin Na confirmed his long-assumed intentions when he rocked up at the Masters wearing Golf Saudi logos on his clothing.

Therefore it was no surprise when his name popped up on the confirmed list of competitors for the first event of the Saudi-backed LIV Golf Invitational Series at Centurion Club.

What turned heads this week was the fact that Na announced his resignation from the PGA Tour.

It means that Na, 38, will avoid a lawsuit or any disciplinary action for his decision. The 38-year-old, who has made more than 450 starts in a 19-year career, outlined his intentions on social media.

"For 19 years, I've played on the PGA Tour and I have loved every minute of it. I appreciate the platform the tour has provided me to play the game that I love and for the opportunities that have come with it," he said.

"Recent developments in the professional golf world have given me a chance to reconsider my options.

"I would like the freedom to play where I want and exercising my right as a free agent gives me that opportunity.

"However to remain a PGA Tour player, I must give up my right to make these choices about my career.

"If I exercise my right to choose were and when I play golf, then I cannot remain a PGA Tour player without facing disciplinary proceedings and legal action from the PGA Tour.

"I am sad to share that I have chosen to resign from the PGA Tour. This has not been an easy decision and not one I take lightly. I hope the current policies change and I’ll be able to play on the PGA Tour again."

The reaction to the five times PGA Tour winner who currently occupies the World No. 33 ranking has been interesting.

Take, for example, the fact that his opening line reads: "To my fan".

In my book, that's up there as one of the biggest PR own goals in recent history.

Let's take a look at some others:

Walks in putts early. Chases the bag late. Got it https://t.co/JT6RFFPJd8

Who the hell is Kevin Na? pic.twitter.com/EGBDmMxzC5

Pace of play on the @PGATOUR about to significantly improve