FedEx Cup 2022: Which players missed out on BMW Championship?

Only 70 players advanced to the BMW Championship in the FedEx Cup Playoffs. These were the players who missed out on that opportunity. 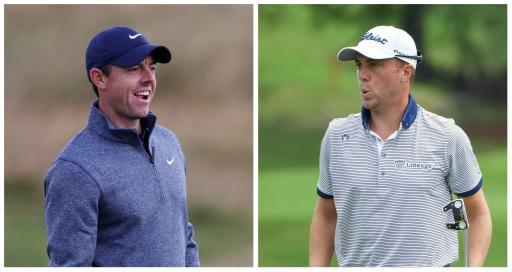 Will Zalatoris now leads the FedEx Cup standings after the first event of the PGA Tour's postseason with a win at FedEx St. Jude Championship.

What that says about the FedEx Cup and whether the system is fair is down to you.

Need we remind you that Zalatoris, whilst having a remarkably consistent season comprising of 16-top 10s and four runner-up finishes, has only one win to Scottie Scheffler's four. And that includes him taking down the freakin' Masters.

Zalatoris, 25, picked up a huge check for his maiden victory at the first of three playoff events.

He now leads Scheffler by 124 points in the race for the FedEx Cup and another mind-boggling pay day of $18million after Scheffler missed the cut in Memphis.

Only 125 players made it to the playoffs. After the first event, the field was trimmed to 70 players for the forthcoming BMW Championship at Wilmington Country Club in Delaware. The field is halved again for the season finale, the Tour Championship, at East Lake.

It was the venue where we saw the most epic scenes in 2018 as thousands of fans flocked behind Tiger Woods as he won his 80th PGA Tour victory.

There was drama at both ends of the leader board at TPC Southwind last week. The ramifications for missing putts or errant drives was absolutely huge. Rickie Fowler, who made the playoffs on the number, needed a T-11 or better to advance to the BMW Championship.

He was looking good for that despite having another abject season on the PGA Tour. But a devastating quintuple bogey put paid to his chances as he dropped all the way down the leader board.

Scroll down to see who else missed out on the next playoff event.

Who missed out on the BMW Championship?

The player who made it in on the number was Wyndham Clark.

Next page: The top 70 players heading to the BMW Championship