A PGA Tour spokesman has said they have not granted any releases... 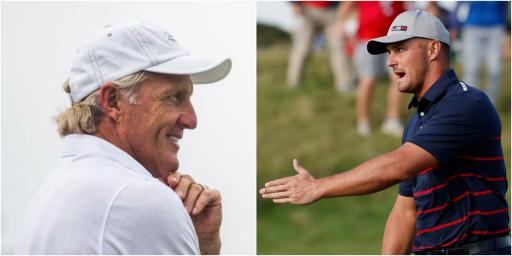 Greg Norman has praised the number of so-called 'rebels' who have signed up to play the Saudi International.

It appears in the next few weeks the PGA Tour will have to make a decision over what to do about this.

Several high-profile players have confirmed they will play the event despite threats of bans and fines from tour chiefs.

The organizers of the event have confirmed 25 players who have signed up to play at Royal Greens Golf and Country Club next February.

A memo has been obtained by the Australian Golf Digest in which the Great White Shark lauded the players for standing up for themselves.

The memo reportedly said: "I want to share my undivided support and endorsement for the stance taken in announcing your participation in the Saudi International.

"You are standing up for your rights, as professional athletes, and for what is right and best for the global development of the sport in golf."

He added: "I wanted to reach out directly to share the respect I have for you and the strength of your actions, and also to voice the level of support you have from so many sectors of the industry, who are greatly encouraged by your leadership and the new horizons in golf's future.

There is some serious star power who have signed up to play, which includes:

This event was previously sanctioned by the PGA Tour and European Tour, now the DP World Tour, but players now need a waiver to compete.

How golf's governing bodies respond to this in the coming weeks will be interesting to see.

A PGA Tour spokesperson told GolfChannel: "We have not granted any conflicting-event releases for the Saudi International tournament.

"Per PGA Tour regulations, a decision on conflicting-event releases can be made up until 30 days before the event's first round."

The tournament is scheduled to take place between 3-6 February 2022.