It is fair to say that Dustin Johnson and Paulina Gretzky's family is not short of sporting and athletic talent. 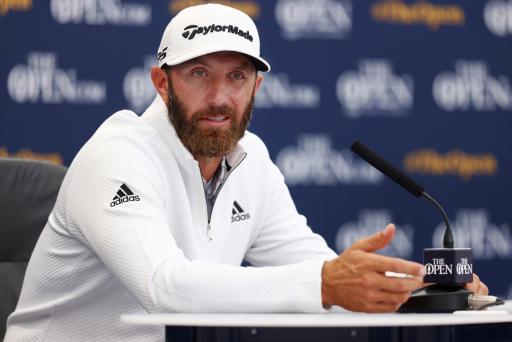 Dustin Johnson is a two-time major winner and has been found frequently at the top of the golf world rankings, and he is still arguably not the most well-known and successful sportsman in his family.

It wasn't long after Johnson and Paulina Gretzky started dating that they got engaged, so one day he will become the new son-in-law to NHL legend Wayne Gretzky.

Speaking to the media recently, Johnson expressed his gratitude to be able to speak to the former hockey star and it sounds as though they are very much moments to be cherished.

"Anytime you get time to spend with him to listen to the way they did things and how he still does things now, it definitely helps," said Johnson

"Anytime I can learn, even if it's a little thing from him, I'm always listening when he's talking just because he's the GOAT (greatest of all time). I'm just fortunate enough that I get to spend a lot of time with him."

Paulina has previously spoken about why the pair haven't tied the knot as of yet and it has been down to finding time during Johnson's PGA Tour schedule and his driven pursuit for more success.

Johnson finished tied eighth at The Open Championship at Royal St. George's last week, which was his sixth top-10 finish in his last 16 events on the PGA Tour.

He tees it up this week back in the United States at the 3M Open in Minnesota, looking for his first win since The Masters back in November 2020.

It must be fascinating for the 24-time tour winner to pick the brains of a legend such as Gretzky and it would be great for this to help Johnson achieve even more success in his career.