Jon Rahm with his eagle approach, Phil Mickelson's decked driver or Bryson DeChambeau's chip in? The golf at the Sentry Tournament of Champions was on another level this week. 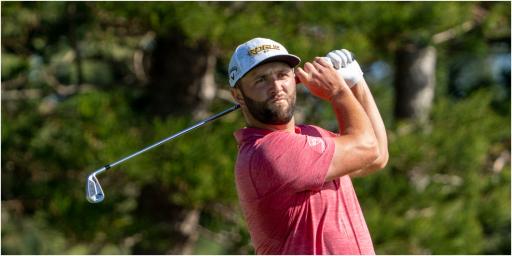 Jon Rahm battled with Cam Smith in the first week on the PGA Tour in 2022 but ultimately it was the Australian who held his nerve.

It was a week in which scoring generally was absolutely bananas.

Justin Thomas set a new course record with an "easy 61" and held the record for a matter of hours before Jon Rahm equaled it.

To put the crazy scoring into context, Thomas in his first three rounds improved his scoring by six and was still miles behind.

The average scoring for the third round was 67.

Tin foil hat critics have suggested tour bosses might set up courses easier this year to try and fend off the Saudi overtures.

Rahm's 12-under also included a lost ball. How ridiculous is that?

South Africa's Erik van Rooyen was 12-under through three rounds and saw himself only 15 off the lead.

Indeed, Thomas's barnstorming round saw him barely get within a sniff of leaders Smith and Rahm.

There is no doubt we saw some excellent golf in Kapalua.

We decided to take a look at five of the best shots:

Brooksy holes out from the fairway

Driver off the deck. @PhilMickelson is here to entertain at 18. pic.twitter.com/WpPo2FCJkh

All gas, no brakes for @Collin_Morikawa who is -10 thru 15. pic.twitter.com/yOLd4L1wmJ

Jon Rahm sets up an eagle opportunity from a tricky stance

Keeping the pressure on. @JonRahmPGA is 1 shot back after his eagle. pic.twitter.com/dTA03Jqb2U

Normal cap Bryson chips in at 18

What a way to end the day.