Rickie Fowler at Wells Fargo: "I'm trying to be better than I ever was"

Rickie Fowler, after making the cut at Wells Fargo, outlines what he is trying to achieve these days on the PGA Tour. 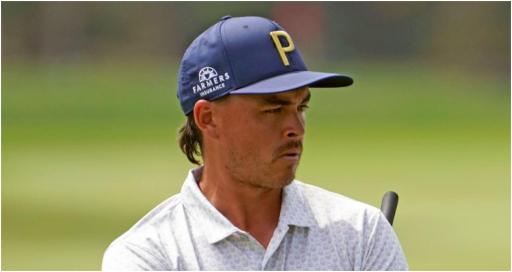 Rickie Fowler says he is trying to be better than he ever was and not just trying to rediscover his 2014 form.

Fowler's troubles have been well-documented in recent years. He has been a firm fan favourite since he made his PGA Tour debut.

He's contended in several majors and is perhaps a little bit unfortunate that he hasn't take one down yet.

But over the last 18 months the 2015 Players champion has found himself sliding further and further down the Official World Golf Ranking.

Now ranked 146th in the world, it is a far-cry from someone who was as high as fourth at one point.

Still, Fowler has made the cut at the Wells Fargo Championship after cumulating a score of 2-under par after 36 holes at TPC Pontomac.

There were a few errant shots mixed in. He made an all-time bogey on day one when he holed out from 136 yards at the sixth hole.

Standing in the fairway, Fowler then counted up the strokes on his hands before giving a shrug of his shoulders.

When you watch Fowler these days, you can see the cogs turning. You can see he's trying to commit to something he's been grinding away at on the range.

Is it tough for him to commit at PGA Tour events when he sees the bad shots?

Fowler said: "Yeah, and that's been a big focus for me the last really like month or so, not trying to -- not really getting away from what we're trying to do and continuing to trust," he said.

"[It] can be tough when there's a couple that may be a little off, whether it's a poor shot or poor swing offline and then just kind of continuing, like hey, we're going to stick to this, this is our game plan, we're not moving away from it, just try and put that behind and like, all right, this is a new challenge, this shot, what do we need to do, let's execute."

Is Fowler trying to get back to the "old Rickie" or is this something different?

He added: "It's not even getting back there, I'm trying to be better than I ever was. No one's ever trying to go through changes to just get back to what was there or to kind of continue to stay the same, everyone's trying to get better.

"Unfortunately, yeah, it's been longer than any of us have wanted. It's kind of been putting little pieces together here and there and starting to see things come together.

"Unfortunately, through those last couple years, a club that I've been able to rely on for most of my career, putter, I've putted poorly, very poorly.

"So when I have had some decent ball-striking days, I haven't really been able to capitalize, and then if I'm a little off and not making anything, it looks a lot worse than it is. So I feel like I'm in a really good spot, at least heading in the right direction. Yeah, it's been a long road."