Rory McIlroy: After taking down Phil, this Norman dagger was delightful

Rory McIlroy didn't want to "kick a man while he was down" but delivered a damning verdict of Phil Mickelson. Then he subtly went for Greg Norman. 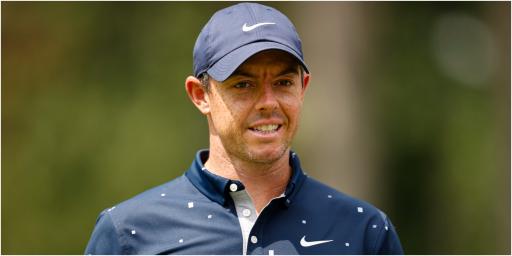 Rory McIlroy delivered a verbal blow towards Phil Mickelson over his SGL comments he may struggle to get up for a while.

Naive. Selfish. Ignorant. Egotistical. These were the words used by McIlroy and the game's elite to describe Mickelson in the wake of his comments over the proposed SGL.

A PR own goal of such magnitude means perhaps Greg Norman's startup league is over before it even began, with elite PGA Tour star duo Bryson DeChambeau and Dustin Johnson finally making it clear last weekend they'll be sticking around. For now at least.

McIlroy, 32, absolutely did not not hold back with his thoughts. It was more than 700 days ago that he pledged his allegiance to the PGA Tour. "I don't like where the money is coming from", he previously said.

Nothing has changed. McIlroy said he did not want to kick Mickelson while he was down but in one fell swoop probably managed to sum up just how the majority of golf fans were feeling.

A legend of the game who has created so many memories absolutely incinerated his reputation and admitted to using the Saudis as leverage into strong arming the PGA Tour in makeing wholesale changes to benefit his and other players' wallets.

Yet it was towards the end of his press conference at the Genesis Invitational that McIlroy delivered the most hilarious dagger towards Greg Norman on Sunday at Riviera.

Asked if he was intrigued to see which big name was going to be the first to jump ship to Norman's startup, McIlroy said:

More: Time for the PGA Tour to ditch Phil Mickelson for good?

McIlroy further admitted he didn't really ever know where DeChambeau stood as he "never made a definitive answer" one way or another.

Why did so much happen this week? McIlroy isn't so sure.

More: Is the SGL dead and buried before it began?

"I have no idea. Again, I knew the way these guys have operated and it's all been smoke and mirrors and they've created rumours and spread rumours and tried to play one guy off another and said one thing to one manager and said a different thing to another manager and just sort of created this chaos and confusion around that group, and everyone's questioning everyone else's motives so they're just kind of playing everyone off one another.

"I think it's nice now that we all can sit down and say, look, we're all on the same page here.

"Are there things the tour could do better and they're working on, of course, but that's the same in any business, in any sports league around the world, they're all trying to get better just as the PGA Tour are.

"But that is why the tournament in Saudi happened a couple weeks ago, I thought it was awfully quiet, there were no announcement that were really made, and I think once that happened everyone was waiting something and nothing really came of it."