Tournament organisers confirm Tiger Woods and his son Charlie Woods will play in the annual father-son championship this December. 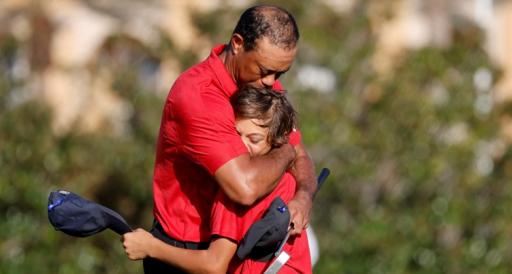 Tiger Woods and his son Charlie Woods will compete in the PNC Championship for the third consecutive time, tournament organisers have just confirmed on their official social media channels.

Woods, a 15-time major champion, will join his 13-year-old cub Charlie Woods to represent Team Woods in the 20-team field at Ritz-Carlton Golf Club in Orlando from December 17 to 18.

I'm thrilled to close out a great December by returning to compete in the @PNCchampionship with my son Charlie. Getting to play as a Dad makes the week that much more special.

"I'm thrilled to close out a great December by returning to compete in the PNC Championship with my son Charlie," tweeted Woods.

"Getting to play as a Dad makes the week that much more special."

Woods will return to action for the first time since bowing out of The Open at St Andrews in his annual Hero World Challenge next week.

He is still recovering from his serious leg injuries sustained during his horror car crash in Los Angeles in February 2021.

But despite that, Woods will not be using a golf cart during the tournament.

As it is a limited 20-man field, it is an unofficial PGA Tour event.

However, should Woods win the tournament he will vault back up the Official World Golf Rankings.

Woods will then join forces with Rory McIlroy as the golf legends face Jordan Spieth and Justin Thomas in the next instalment of The Match.

He is then going to play with Charlie in the PNC Championship the week after that.

So we will see Woods in action on three separate occasions in December.

His swing is looking incredible. Some are already comparing his swing to that of his father, and McIlroy.

It's also fair to say he is looking a lot different since we last saw him on our television screens last December.