Tiger Woods addressed the media in the Bahamas earlier today and it was a fascinating event that both asked and answered questions. 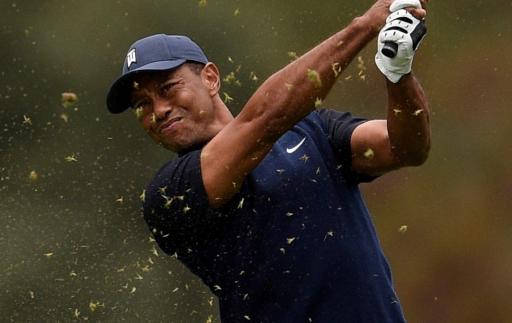 Today was a momentous day on the PGA Tour. Tiger Woods made his first public appearance since his serious car accident back in February.

Firstly, I think Woods looked well. His body, especially his arms, looked in good shape and he was leaning forward and answering every question in full.

Well, almost every question. His transparency took a brief break when he was asked about what he remembers about the crash. He referred the reporter to the official police report from the time.

He reflected on his gratefulness for his girlfriend Erica and the rest of his friends and family. He paid homage to all of the medical staff that have got him to where he is today.

Having read the reaction of the golf community, there is a concern about his reluctance to talk about the crash, what he remembers and what actually happened back in February.

Woods was driving at almost double the speed limit in Ranchos Palos Verdes and his car flipped several times. He was extricated from the wreckage.

I suppose you should ask yourself if you were involved in a life-threatening car crash, how much would you want to talk about it?

The press conference was good for Tiger as he was allowed to get a lot of things off his chest and express his thoughts to the world and the media, who were creating a vacuum of speculation as to what could come from this session.

Nothing groundbreaking was said and to be fair, nothing that was said would've been that surprising to anyone who read and watched his exclusive interview with Golf Digest that was released yesterday.

He is fortunate not to have lost his right leg, he has no idea when he will be back playing on the PGA Tour and this recovery is a mountain that is too high to climb.

These are the main takeaways from his reappearance to public life. But I saw a lot of things I liked with the 15-time major winner today, you can't get away from his infectious smile and sense of humour.

"As far as playing at the PGA TOUR level, I don't know when that's going to happen... I'm able to participate in the sport of golf. To what level, I do not know yet." @TigerWoods on his future in golf. pic.twitter.com/xEEx4OvuH3

There can't have been many laughs during Tiger's stints in the Harbor-UCLA Medical Center and Cedars-Sinai Medical Center, and this was a nice touch from what was a self-deprecating angle.

The self-deprecation comes from the reality that he can no longer hit the ball as far as he used to. He described this experience on the driving range as 'eye-opening', and I'm sure it was.

During the press conference, the 45-year-old wore a blunt but concentrated look on his face as he answered questions on a number of topics, a look regularly found on the PGA Tour and down the stretch at major championships.

RELATED: TIGER WOODS TELLS THE MEDIA STAY AWAY FROM MY FAMILY AT PRESS CONFERENCE

He said he missed the 'jabbing and the needling' of life on tour, no doubt speaking about the many close bonds he has built with players over the years.

A 'hit and giggle' is maybe all he is capable of now. This is the summary of the laughter but also the reality hit home. A once flexible, fine-tuned athlete has met the challenge that has finally beaten him.

The open fractures to the tibia and the fibula in his right leg almost led to amputation. As much as it is sad to hear that a full-time PGA Tour career is off the table, at one time a career was not even in Tiger's mind.

When he was back home and hitting putts, he said it brought back memories. In the same breath, at that point, he could barely bend down to get the ball out of the hole.

Woods has described the situation as an 'unfortunate reality' and this is exactly what it is. He had 10 surgeries prior to this crash and he was already on borrowed time in his career.

He is grateful because he can play golf. He is sad that his PGA Tour career is gone, but Woods now knows where he stands with his life and career.

The laughter, reality and reflection summarise the mixed emotions of his current situation. Tiger is back, just not how he or we want him to be.