Patrick Reed met his wife Justine through extraordinary circumstances, but they went on to have a flourishing relationship both on and off the course. 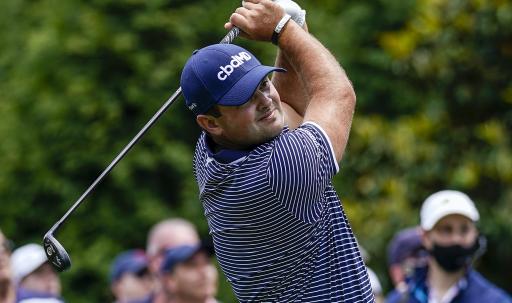 Patrick Reed is back on the PGA Tour this week at the Tour Championship and he will enter the tournament at East Lake in 30th place in the points list, with it all to do to win the FedEx Cup.

A lot of Reed's success down the years has been shared with his wife Justine on the bag, who he has been happily married to since 2012.

The World No. 19 met Justine through extraordinary circumstances. He had been on a date with her sister Kris and after they both went home, Reed messaged Kris to make sure that she had returned safely.

After receiving no response, Reed messaged Kris' sister Justine who replied and explained why it wasn't going to work between the pair from then on.

RELATED: PATRICK REED MET HIS WIFE ON FACEBOOK AFTER BEING GHOSTED BY HER SISTER!

However, Reed and Justine then began to speak and build their relationship. He left home at the age of 21 to be with Justine and she began caddying for him through Q-school and on the PGA Tour.

They had met at Augusta State University in Georgia and before Reed turned professional, she already had two undergraduate degrees.

The pair got married in December 2012 and they teamed up to win their first PGA Tour event together at the 2013 Wyndham Championship. Justine stopped caddying for Reed in 2014 when she fell pregnant.

They have a daughter named Windsor-Wells and their son Barrett Benjamin was born in December 2017. Since Justin took up her mothering duties, Reed's brother-in-law Kessler has served as his caddie.

RELATED: PATRICK REED CONFIRMED TO TEE IT UP AT THE TOUR CHAMPIONSHIP

The Reed family have experienced many happy days together. The 31-year-old is now a nine-time winner on the PGA Tour and he picked up his first major victory at The Masters in 2018.

Having missed out on the Northern Trust and the BMW Championship in recent weeks, Reed is back to full fitness and is ready to stake his claim for a captain's pick for the Ryder Cup at Whistling Straits later this month.