Brooks Koepka dismisses injury speculation ahead of weekend at US PGA

Brooks Koepka insists he's not injured as he heads into the weekend at the PGA Championship at Southern Hills. 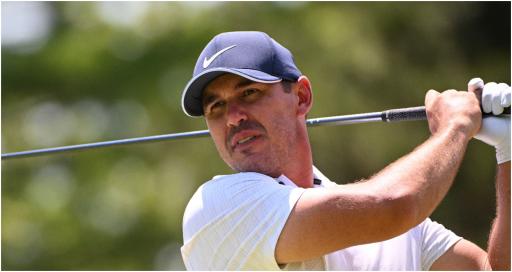 Few people can hit the ball with a driver as far as Brooks Koepka in professional golf.

Though this week at the PGA Championship after 36 holes, the 32-year-old has driven the ball rather poorly. In fact, it's been terrible for his standards.

The four-time major champion ranks 122nd in strokes gained: off the tee. Despite this, he has managed to make the cut with a Friday 67 after a wayward 5-over par 75 to start his week.

Koepka had a matter of fact response when asked about his trevails in his first round. "You can't play from the rough," he said. "Simple".

His Friday 3-under 67 was one of the better rounds of the day that included five birdies and only two dropped shots.

He finds himself eight shots behind the leader Will Zalatoris but is hoping "one deep one" can turn things in his favour.

Koepka told the media: "It's going to take more than that just to come close, but [I] definitely need one really good round."

The 2018 and 2019 PGA Championship winner has not played a great deal of golf this season.

He has been fighting injuries on and off over the last couple of years. "I'm like glass, man" he previously told reporters.

Koepka missed the cut at the Masters and last week he raised eyebrows when he decided to withdraw from the AT&T Byron Nelson on the eve of the tournament.

He insists he wasn't injured and just wanted to prepare for the second men's major of the season.

When pressed by Golf Channel's Ryan Lavner about his health, Koepka fired back: "No, I can do everything I want.

"I feel good.I can do everything I want to do. I can move the way I want to right now."