Ian Poulter revealed on his Instagram story on Thursday that he helped a spectator get tickets for the PGA Championship having been let down. 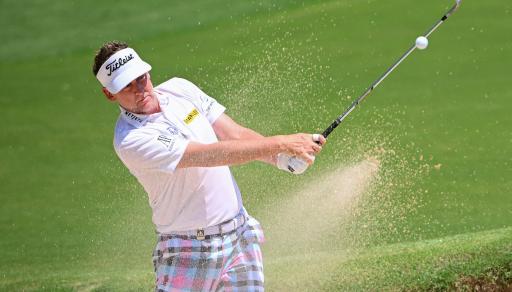 Ian Poulter generously arranged for a spectator and her friends to gain access to the first round of the PGA Championship, after they were let down for their tickets.

Poulter told the story on Instagram when he saw a lady upset in his hotel reception because her tickets hadn't arrived from the third party site they were purchased from.

The Englishman said she had driven through the night only to be let down, so he and the office at Southern Hills arranged alternative tickets for the lady and her group to the course in Tulsa.

This was an incredibly generous gesture from Poulter who had only gone downstairs to his hotel to get a coffee. He described it as a "strange morning."

Related: Big names get off to TORRID START at PGA Championship at Southern Hills

Unfortunately for Poulter, he couldn't get going in the first round of the second major of the year. He shot 6-over-par with five bogeys and a double-bogey.

In another upload to his Instagram story after his round, Poulter described his day as some of the worst golf he has ever played.

"Short sided the entire day. Missed 13 greens which is possibly some of the worst golf I've ever played. The good news is tomorrow is another day," Poulter said in a very honest assessment.

The 46-year-old was one of many high profile players to struggle in the first round of the US PGA. Patrick Cantlay and Corey Conners also shot a 76, Brooks Koepka shot 5-over-par and Tiger Woods was only one better on 4-over-par.

Poulter is 12 shots behind Ryder Cup teammate Rory McIlroy who burst out of the blocks with a round of 5-under-par.