Rory McIlroy: GolfMagic readers vote on which MAJOR he will win next 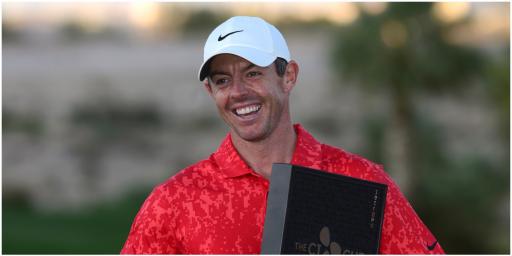 The last time Rory McIlroy won a major Jason Day was in the top-10 in the world.

How times have changed and whilst Day is a shadow of his former self due to injuries we still expect more of our favourite Northern Irishman.

Now 32 years old with a few grey hairs reminding us - just like Tiger Woods did last week - that the clock is ticking, McIlroy faces a big 2022.

That being said, McIlroy has already accomplished a hall-of-fame career and should take solace in that.

He won't, of course, because a man of his unbridled talent has many more wins left in the tank.

McIlroy is probably asked about his major drought to the point of which he is sick to the back teeth of fielding questions.

Still, it will be such a satisfying feeling when he finally lifts another major.

Surely, he will? Surely.

McIlroy was most recently asked about his winless streak - dating back to 2014 -  after finding form at the DP Tour World Championship.

"I've done way better than that before and I know I can again, especially with how I'm playing and feeling like I've got my golf game back, basically. So I'm excited for those four events next year, and excited about the road ahead because I really feel like I'm on the right path."

Of course, McIlroy had a stroke of misfortune and then ultimately lost his head, or at least appeared to, over the final few holes.

Collin Morikawa claimed the win and McIlroy was left to rue another missed opportunity.

With that in mind? How does Rory McIlroy fare with the bookies looking ahead to the 2022 majors?

We asked GolfMagic readers on Twitter to vote for what major they thought McIlroy was likely to win next:

Which major will Rory McIlroy win next?

It's interesting that a larger percentage feel Augusta National is where McIlroy will strike gold next.

Myself? I feel he's more likely to take down the Open Championship but each to their own.