Jon Rahm: What we can learn from the PGA Tour star's approach to the game?

Rahm's approach to the game is something we should all embrace, even if we won't ever hit the ball like him 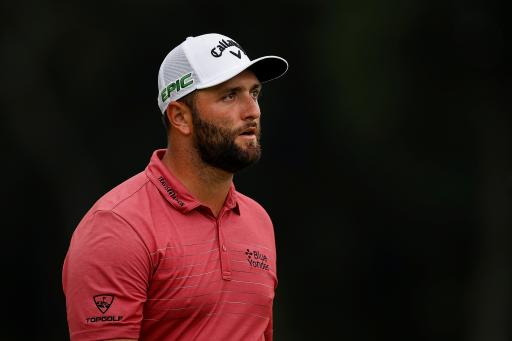 We should all be thinking a little bit like Jon Rahm when we step onto a golf course.

Every time the World No.1 swings a club I'm reminded to try and just swing my swing and not anyone else's.

It's been described as unpleasant on the eye and flawed, but professionals have described his short swing as perfect.

He's already spoken at length about being born with a club foot which means he has had to create power using his body.

That's after he played a lot of baseball when he was younger.

RELATED: RAHM REVEALS HOW HE WOULD SPEND FEDEXCUP CASH

Sick and tired of being asked about having tight hips, Rahm told the media exactly why he swings the way he swings.

"It's what works for me. I think it's the biggest lesson I can give any young player. Don't try to copy me. Don't try to copy any swing out there. Just swing your swing. Do what you can do. That's the best thing for yourself," he said.

Simplicity has and always be the key to Rahm's success.

Just be a goldfish and swing your swing.

These are the thoughts we should all try and keep in the front of our minds when we hold a golf club and feel a little tense.

Rahm's approach has led to him being the most consistent player in 2021.

He finished in the top 10 nine times in 13 starts and won his first major at Torrey Pines.

Covid-19 denied him another golden chance of victory at The Memorial after a positive test when he was six shots clear.

Now he is trying to hunt down Patrick Cantlay and win the FedExCup.

He is currently two shots behind after he shot an excellent 5-under-par first round at East Lake.

NEXT PAGE: WHO IS JON RAHM'S WIFE KELLEY CAHILL?