EA Sports PGA Tour, which began releasing games with Tiger Woods' endorsement in 1998, will be released in Spring 2023. 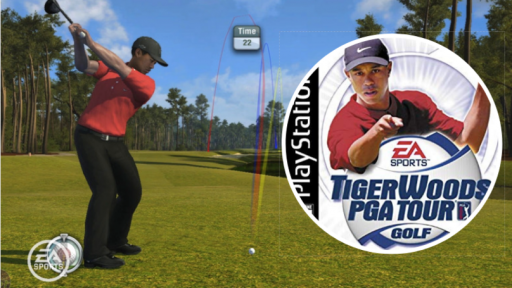 The video game EA Sports PGA Tour, which was scheduled for release this year, has been pushed back to Spring 2023.

Electronic Arts have not given a reason for the delay. It was originally scheduled to be released in November 2022.

Back in 1998, EA began releasing their golf games with the endorsement of Tiger Woods. Woods was reportedly paid between $6-7million a year by EA.

This latest game was announced in March 2021. It marked a year-long hiatus from EA. There are some pretty cool features that gamers will enjoy.

So far, we know that it will feature The Masters, PGA Championship, U.S. Open, The Open and FedEx Cup Playoffs. The game will also include the LPGA Tour.

EA have not confirmed the platforms their next game will appear on but presumably it will target current consoles and/or PC.

Elsewhere, there are a number of new courses that gamers will be able to play.

They have previously teased the likes of Augusta National, The Old Course at St Andrews Links, The Country Club in Brookline and Southern Hills Country Club.

EA Sports has been the dominant force in sports gaming for decades. They have annually produced popular titles like Madden, FIFA and NHL.

McIlroy, then in his mid-20s and looking like the hottest property since Woods, appeared as though he was going to be the game's leading man.

Some critics felt the game's release felt unfinished and they never followed with a sequel.

When it does arrive, the game will be available on the "next generation platforms".