A report by The New Yorker has revealed there is an expiry date for LIV Golf's astronomic spending and there is also an extraordinary vision to boot. 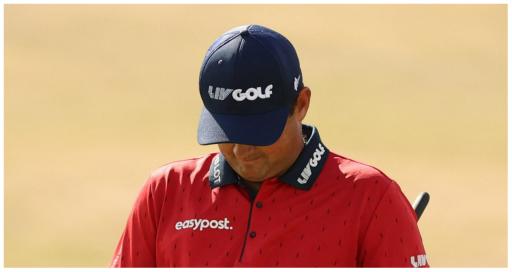 One of the frequent questions involving the LIV Golf Invitational Series is what will happen when the money runs out.

Well, the Saudis' Public Investment Fund reportedly has assets worth approximately $620billion so there is no shortage of cash.

But will they reach a point where those in charge pull the plug if there is absolutely no sign of any profit being made?

It looks like we now have an answer to this question alongside a remarkable vision, thanks to an expose by The New Yorker.

That 6,500-word article contained some extremely outrageous claims and some hilarious anecdotes.

Chief of which, it appears that Phil Mickelson's wildly controversial comments really did almost bring down the whole show before it began.

There was also the matter of Majed Al Sorour, the chief executive of Golf Saudi, allegedly wanting to rent the clubhouse at Augusta National during the Masters to "wine and dine" potential recruits.

Elsewhere, there was this flex involving Max Homa and also the claim what Tiger Woods offer to join the enterprise actually was.

But back to the topic at hand, money! We'd love to know the true figure of how much money LIV have spent so far on everything.

The mind really does boggle, but if you add up all of the alleged signing-on fees and prize money already given out through seven events, the Saudis' investment is already approaching $2billion.

It appears that LIV Golf, who are still without a TV deal, have funding through to 2025.

At this point, they are likely wanting to begin selling off their team franchises. This is how LIV plan to recoup its investment.

This is the extract from the New Yorker article that is interesting:

"Sorour said the PIF had funding for LIV through 2025. By then, he imagined, they would begin to cash out by selling off ownership in their 12 teams. The franchise model is how LIV plans to recoup its investment. Sorour envisions owners building home golf courses, like a stadium for a football team."

Greg Norman, the LIV Golf chief executive, has spoken about the franchise model before. It was reportedly one of the 140 million reasons that convinced Cameron Smith to join up.

"You've got to think about it from Cam's perspective, he completely understood one thing that other people are struggling to understand: the value LIV Golf brings, and that new value is the franchise," Norman previously told Australian media.

"Cam knows about it, but he's probably a little too young to understand what Kerry Packer did in cricket. He did what he did for the players, creating teams and night cricket … look where it's evolved to from there with the IPL. The value of those teams in India is incredible. That's the new value we bring."