US Women's Open: The 2022 edition will see a bumper prize purse to a staggering $10 million and is set to rise over the next five years. 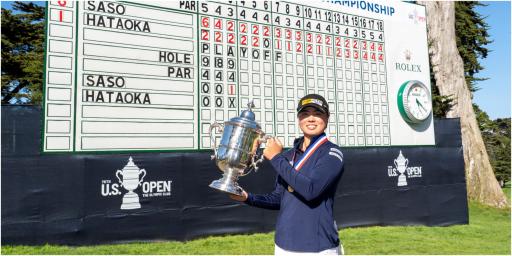 Money in golf is much talked about, whether it's the controversial player impact program, the lack of money on the development tours or the difference in purses between men and women's golf.

But the gap is closing on one front.

The US Women's Open - where new Callaway staffer Yuka Saso is the reigning champion - has doubled its prize purse for this year.

Now it is the largest in the women's game and is set to rise over the next five years.

The bumper prize pool has come from a partnership with the health organisation ProMedica.

"For more than 75 years, the US Women's Open has been one that every little girl, in every country around the world has dreamed of winning," said Mike Whan, USGA's CEO.

"This partnership with ProMedica allows us to substantially grow the championship in every way, from its purpose, to its purse, to the places that host the event.

"While I'm incredibly proud of what we are announcing today, I know this is just the beginning, as together with ProMedica.

"We'll push to change the game and what it means to young women worldwide in order to reach new heights every year."

Elsewhere, the USGA have also announced five additional US Women's Open venues at: