Tiger Woods is reportedly scouting Augusta National today and could be making his decision on whether to play on Friday. 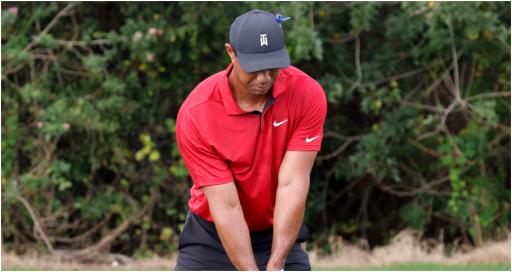 How we would love to be a fly on the wall at Augusta National today as Tiger Woods is reportedly scouting the course.

There has, of course, been a lot of wild speculation about Woods, 46, who is still down to play The Masters next week.

Though many point out that does not really mean a thing. Woods has until Saturday before Masters week to make a decision.

So at this point in time, it's more of a... he just hasn't said no. Woods desperately wants to play as this is a particularly special year for him.

It is the 25th anniversary of his incredible first victory at Augusta National back in 1997. He was also inducted into the Hall of Fame.

Sounds like tomorrow could be a cool day to be a fly on the wall at Augusta National. (I mean, even more than usual.)

This is a critical week for @tigerwoods to see if his body can sustain 72 holes at Augusta National. He will exhaust every effort to play @TheMasters.

While that speculation continues to spread all over the Internet like wildfire, there are some things we do know.

Woods is playing golf. A video has emerged of the 15-time major champion ripping a drive at Medalist near his Jupiter home in Florida.

It was a privacy-invading video. Woods also reportedly had his caddie Joe LaCava with him as well.

Since the car crash last February, Woods has consistently suggested that he is miles away from playing competitive golf at the elite level.

Though we also know that Woods has also consistenly underplayed his hand with regards to his progress back to full fitness.

There is no doubt that he is likely managing expectations as he would achieve nothing if he were to confirm he was playing only to have lingering doubts in his mind.

If you look at Woods' past history with The Masters - if it is true that he is on a scouting mission today - then it would indicate he is planning to play.

On at least four occasions Woods has had scouting trips and then confirmed he was going to be in the field. There was radio silence in 2016 and 2017 when there were no scouting missions.

It's also worth pointing out that Woods has played through excruciating pain before. He won the U.S. Open in 2008 on a broken leg and a torn ACL.

So we know that pain is not going to be an issue. Woods previously told Jim Nantz at The Genesis invitational that he needed to feel confident he could beat the field in order to play, adding: "But I gotta do the leg work. It's on me".

Judging by the footage we have seen and what we know about Woods, he has been putting in the work. The confident strut as he picked up his tee peg at Medalist a few days ago suggests there is confidence there, too.