Euro No.1 says she 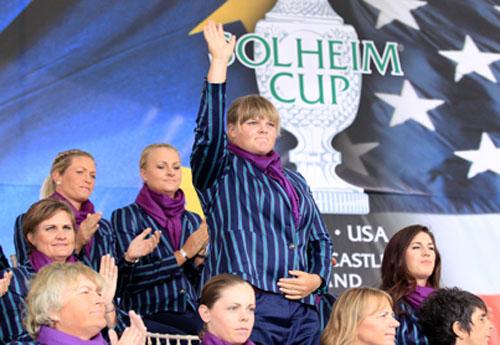 Hedwall, the 2011 Ladies European Tour Rookie of the Year, will be playing a full bag of Adams clubs, including the Speedline Fast 12 LS driver, Speedline Fast 12 fairway wood, the Idea Super XTD hybrid and the Idea Pro a12 irons.

She’s already had success with her new clubs having played them during her latest win at the Hero Women’s Indian Open in December.

“I was thrilled to test the new Adams clubs knowing that many great players were already having success with them,” said Hedwall.  “I gained 16 yards with the Fast 12 driver and immediately put it in play.”

Hedwall finished her collegiate golf career at Oklahoma State University by winning the 2010 NCAA Championship and was named that year’s Player of the Year. She then went on to win the LET Qualifying School by nine strokes.

That momentum from college continued into her rookie season as she won the 2011 New South Wales Open Championship in her very first start.  She went on to win four times in 2011 and was also named Rookie of the year.

“Caroline’s impressive record speaks for itself and she’s just getting started,” said Chip Brewer, president and CEO of Adams Golf.

“Since switching to Adams equipment, I have won 17 times and become the No.1 player in the world,” said the Taiwanese sensation. “I can trust their products to consistently perform at the highest levels of competition and appreciate their faith in since 2009.”

On the men’s Tour, Adams have also snapped up Robert Karlsson and Kenny Perry.