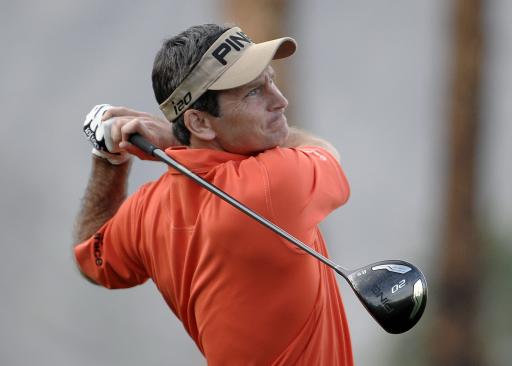 PING staffer Mark Wilson bagged the first win of the season for the new i20s with a two-shot victory at the Humana Challenge.

Sporting the stunning i20 driver and irons for just his second week, the American pulled away from the chasing pack with a final-round 69 on the PGA West Palmer Course.

Wilson, known for his fast-paced approach to the season following two victories at the Sony Open and Phoenix Open 12 months ago, once again lived up to his Mr January billing by posting all four rounds in the 60s, highlighted by a sizzling second-round 62.

The 37-year-old from North Carolina used his new weapons to great effect, finishing inside the top-20 in fairways hit with 74.1% and third in greens in regulation with an admirable 80.6%.

PING claims its progressive new i20 irons, available next month, are designed to be high-launching and the short irons penetrating. The set is aimed at players looking for compact heads but with more forgiveness at the top end.

Wilson’s fifth career title vaults him up to World No.40 and racks up PING’s second title in three weeks, following Louis Oosthuizen’s season-opening victory at the Africa Open.

Click here to learn more about the PING i20 family...