Ian Poulter wore the colours of Ukraine's national flag during first round at the Arnold Palmer Invitational. 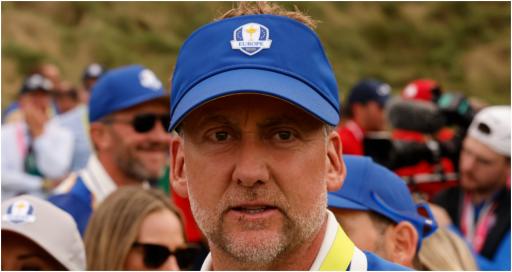 "We just play a silly game of golf". These were the words Ian Poulter used after he finished his first round at Bay Hill.

At the Arnold Palmer Invitational, Poulter raced out the blocks with a 4-under opening round and trailed the sublime Rory McIlroy by three strokes on the PGA Tour.

Four birdies. No bogeys. A flawless 68 from the Englishman in Florida. Meanwhile, just over 5,500 miles away, the Ukranian people are under a blistering attack from Vladimir Putin's army.

Poulter, 46, wore yellow and blue to highlight the war in Ukraine, saying "it's the least I can do". Some people missed the very obvious reason why he was wearing these colours, suggesting his apparel just showed off his interesting taste in clothing.

Speaking after his first round, Poulter said:

"Yeah, I think it's hard, when you flick the news on right now and obviously you see the devastation that's going on around the world and you feel for the people in Ukraine, just wearing a similar color today in respect to those suffering over there is the least I can do.

"Just everyone's probably thinking of all those families that are affected right now.

"I've got quite a few clothes in the closet, so I found a couple of colors that I think would kind of give them a little bit of respect.

"Hopefully, just the thoughts and prayers for the families out there.

Good on Ian Poulter for showing love to Ukraine . pic.twitter.com/gZh6n9JYzZ

Is it tough playing golf, given the circumstances?

"It just seems like every time you think there's light at the end of the tunnel, something else comes along.

"It brings it into perspective pretty quickly. We just play a silly game of golf while others are in the world suffering."