PGA Tour pro regrets his Saudi comments: "I shouldn't have said that"

PGA Tour pro Kramer Hickok spoke to the media after his first round of the 2022 Players Championship. 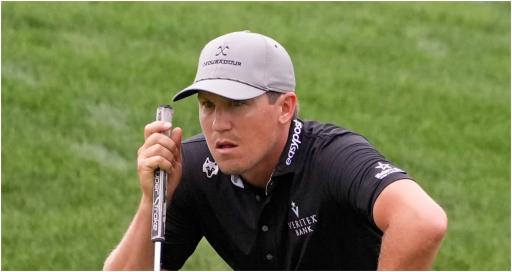 Cast your mind back to early February and you may remember one thing about the golf world: the talk of the Saudi golf league, or super league. Or whatever you want to call it.

Okay, if you are a fan of the game then you will no doubt have kept up with it all and are in all likelihood a bit fed up of it.

For now at least, the talk has fizzled out faster than Phil Mickelson's sponsors distanced themselves from Lefty when his true feelings about leveraging the Saudis over the PGA Tour were revealed.

"It's dead in the water," Rory McIlroy previously said after Mickelson was forced into his own personal period of self reflection.

At the beginning of the week, PGA Tour boss Jay Monahan said they were "moving on" and in a swipe at Mickelson said they are focusing on "legacy, not leverage".

The ball is very much in Mickelson's court about a return to the PGA Tour but first he will need to have "a conversation" with Monahan.

One man who found himself at the centre of this storm was PGA Tour pro Kramer Hickok, whose comments spread like wildfire last month.

Speaking on The Stripe Show podcast, Hickok claimed that he believed up to 17 players were ready and willing to jump ship.

He claimed the other players were "a little bit greedy".

"I think you have to be thankful and appreciative for the tour. They have given us this platform to be able to chase our dreams and do what we love and make a great living doing it," he previously said.

Hickok found himself one shot off the early leaders at The Players after 18 holes of play.

How does he reflect on those comments now?

He said: "It was a weird situation. It was probably something I shouldn't have said because it didn't concern me, and so I've tried to stay out of it recently. You know, news spreads like wildfire, especially surrounding that tour."

Hickok cut off the reporter when he was pressed with a follow up question about what could happen next.