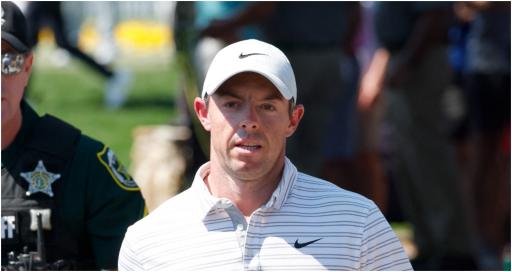 The golf world continues to unite for Ukraine with the announcement of a relief fund.

The R&A said in a statement they are "truly saddened" by what is happening and like many others want to help.

They have announced they are working with other leading golf bodies to offer support by donating to UNICEF's workers in Ukraine.

The fund - which can be found here - will deliver urgently needed materials after Vladimir Putin's forces invaded its neighbour.

Rory McIlroy was asked about the war ahead of The Players at TPC Sawgrass.

This is what he said:

"I think what's going on in Ukraine is absolutely horrible. I think everyone would agree with that. It's absolutely brutal. It's sad.

"It's heartbreaking to see what's happening to that country and those people and the families.

"It's something that I don't understand. It's certainly, like my knowledge on geopolitical stuff is very low, but I just think from just a human side of things, it's just horrible what's going on.

"I'm sure Jay [PGA Tour commissioner] is in here in an hour or so and he'll be able to speak more on that and the business side of things, but I've seen a lot of companies pull back.

"I saw Shell today is not going to buy Russian oil. I think at this point it's only the right thing to do.

"I think that international community has to come together and, I guess, do whatever they can to -- I don't know if they can stop it or make it more difficult or whatever it is, but it's horrendous what's going on, and I think everyone can agree with that."

More: Tearful Tiger Woods introduced to the Hall of Fame

He said: "Our hearts go out to the people of Ukraine and those caught in the crosshairs of the conflict.

"We hope for an end to this senseless violence and a peaceful resolution. The game of golf has a way of rallying around important causes and this is one."

Next page: Jon Rahm has "no interest" in seeing his putting stats