Players Championship to use PREFERRED LIES in Round One

The first round of the Players Championship has been delayed by an hour due to rain on Wednesday night and thunderstorms in the area. 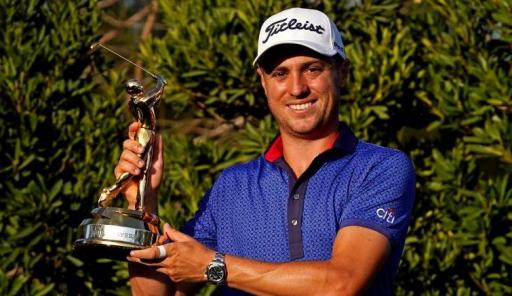 The Players Championship will use preferred lies in the first round on Thursday due to harsh weather conditions affecting the golf course.

TPC Sawgrass received a period of heavy overnight rain on Wednesday and there were also thunderstorms in the area. The first-round tee times have also been delayed by one hour.

This meant that the famous venue is in such a state that players will be able to use preferred lies to cope with potentially unfair situations in the middle of the fairways.

Yesterday, the golf course and the practice facilities at TPC Sawgrass were closed due to the inclement weather. They reopened at 3.15 pm Eastern time.

The first tee time at the Players Championship was scheduled for 6.45 am local time with a group including Adam Schenk, Kramer Hickok and Lee Hodges.

Related: 2022 Players Championship at TPC Sawgrass: Round One and Round Two tee times

Preferred lies will be in effect for the first round of THE PLAYERS. https://t.co/0kI7dtFyHB

Defending champion Justin Thomas was set to tee off at 12.56 pm alongside fellow major champions Rory McIlroy and Collin Morikawa.

The event this week features nearly every player inside the top 50 in the Official Golf World Rankings, with Bryson DeChambeau and Phil Mickelson being the notable omissions.

Thomas, who won his 14th PGA Tour title at this event last season, was in attendance at last night's World Golf Hall of Fame ceremony which took place at the PGA Tour's HQ in Ponte Vedra Beach.

It was an emotional evening for Tiger Woods who was inducted after his daughter Sam gave a speech before he took to the stage. This was certainly a great advert for the PGA Tour and this week's tournament which Woods has won twice.