Tiger Woods "will stop at nothing" to achieve his final career goal, according to a report. 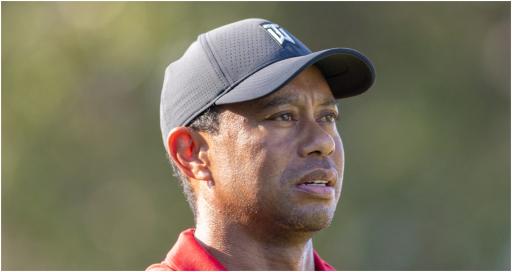 Tiger Woods is reportedly targeting a return to golf at the 2023 Masters with a new goal in mind, according to a report by PEOPLE.

That goal? To become the oldest winner of the tournament, surpassing Jack Nicklaus when the Golden Bear won it for the last time aged 46.

Woods, if he were to compete next year, would be 47 years old. He has been practicing with far more regularity after stepping up his rehab.

At his induction into the World Golf Hall of Fame, Woods arrived with his son Charlie and was pictured without wearing a protective sleeve on his leg.

It was the first time that he was seen without it in public and there was less of a visible limp from the big cat, who was later reduced to tears by his daughter's speech.

PEOPLE quote an anonymous source, so we should take it with a pinch of salt, but they claimed Woods "will stop at nothing" to achieve this new goal.

"He's aiming for the 2023 Masters tournament," they claimed.

"And he has a new goal – to be the oldest winner at the Masters. Jack Nicklaus won when he was 46. Tiger will be 47 next year when he competes, and that's the newest record he is going for. He'll stop at nothing to accomplish it."

This person added: "Tiger was known for his focus before, but now he's learned to focus through terrible pain. And now that the pain has mostly faded, that focus is still there. He's going to be a force when he returns to the game. He's going to dominate."

Woods claims he does not know when he will return, but seems to believe he will play in majors and PGA Tour events again.

He previously spoke of picking and choosing a few tournaments to play every year just like Ben Hogan did towards the end of his extraordinary career.

Related: Tiger Woods' caddie says he is ready for one last hurrah

Woods sent the golf world into a frenzy last November when he posted a three-second video clip of his golf swing stating that he was "making progress".

What followed was an appearance at the PNC Championship with his son Charlie where they finished second behind John Daly and his son.

He was impressive but he used a golf cart. It is not known if Woods is physically capable of walking 18 holes yet.

Woods will be at the 2022 Masters in a few weeks' time as a five-time champion and there is obviously speculation about whether he will participate in the par-3 contest.

He previously told the media he was able to play in that competition but wasn't sure if he wanted to.