Should you copy the swing of World No.1 Scottie Scheffler?

If you were to watch the unorthodox and unique swing of Scottie Scheffler, you wouldn't believe he was the World No.1 and the current holder of the Green Jacket. 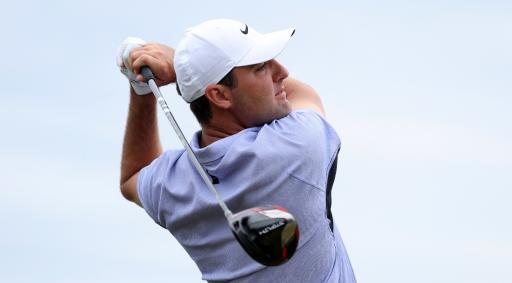 Scottie Scheffler is a golfer who defies logic and he does this with his unique, unorthodox and frankly strange golf swing. But he is a four-time PGA Tour winner and a major champion, so who are we to judge?

If you watch the PGA Tour on a regular basis, you will see that the 25-year-old rolls his ankle on his follow-through with each swing, which looks very uncomfortable and wouldn't be advised by any coach.

WATCH: GOLFMAGIC ATTEMPTS SCOTTIE SCHEFFLER'S SWING! HAVE YOU TRIED IT BEFORE?!

You may also have seen Scheffler perform some bizarre follow-throughs where his club shoots off at all angles after he's hit his ball. On some occasions, the American almost falls over and completely loses his balance.

Former World No.1 Jon Rahm once described his fellow major champion's swing as unteachable. The Spaniard also used this word to describe Matthew Wolff's motion who arguably has the most unique swing in the world.

"You can't teach that. No, it's unteachable. If you try, you'd probably end up hurting people," Rahm said back in April.

"Matthew Wolff's swing, again, unteachable. If you try, you end up hurting yourself. Same with a bowed wrist. You can learn a bowed wrist, but if it's not natural to you, it will hurt you.

"There's a lot of things in a person's swing that just comes natural and you can't really teach it. It can't be a coincidence that two great ball strikers, Greg Norman and himself, have that in common. There's got to be a reason why it's functional."

You couldn't have any qualms with what Rahm says. Using this outlandish technique, Scheffler won his first major title at Augusta National earlier this season which is one of his four wins in 2022.

It is an incredible technique and we wanted to know if this swing can be used effectively by a club golfer at amateur level. Alex from GolfMagic attempted to utilise Scheffler's swing on the driving range and you can see the results in this link to the GolfMagic YouTube channel.

Related: Scottie Scheffler after Koepka quits: "I get paid more than I deserve"