Bryson DeChambeau is hoping to make his return to the PGA Tour in an injury-plagued 2022. Rory McIlroy is skipping the event. 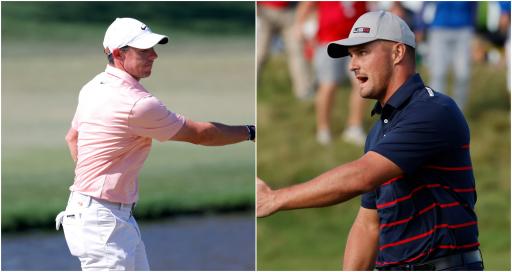 Bryson DeChambeau will make his first start on the PGA Tour in three months at the WGC-Dell Technologies Matchplay.

DeChambeau, 28, confirmed in his latest YouTube channel that his injury was worse than he first thought and he had suffered a small fracture to his wrist.

This injury had forced him miss the Arnold Palmer Invitational earlier in the month where he had hoped to defend his title. It also kept him out of The Players.

Smith, who warmly embraced his family for the first time in more than two years following his victory at TPC Sawgrass, has stated the reason he is skipping the event is so he can spend more time with his loved ones.

While McIlroy may be thinking about his preparation for the major season. It is likely we will see the Northern Irishman at the Valero Texas Open ahead of The Masters.

Elsewhere, reigning Masters champion Hideki Matsuyama is sitting the tournament out. He injured his back at The Players and was forced to withdraw.

Phil Mickelson continues his absence. PGA Tour chief Jay Monahan would not disclose whether or not Lefty has faced any disciplinary action from the tour over his comments he made about the SGL.

Harris English, who shone brightly at the Ryder Cup last September, also will not play in Austin. Overall, 46 of the world's top 50 have committed.

DeChambeau's last competitive round of golf was at the Saudi International. He withdrew after the first round.

In total, he has been limited to just three starts in his 2022.

DeChambeau had previously committed himself to The Players but that came too soon.

Should he not be ready, again, then Maverick McNealy would replace him in the field.

American Billy Horschel is the defending champion. Last season, he won the title with a 2&1 victory over Scottie Scheffler.

Two events on the PGA TOUR schedule next week: