Ryder Cup: Meet the WIVES and GIRLFRIENDS of Team USA

Team USA stretches beyond the players and the captains. The players' families play an important role in achieving Ryder Cup success. 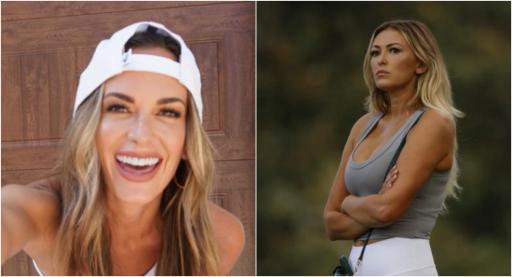 Team USA is made up of 12 world-class golfers and a team of experienced captains, but they are also supported by their loving families and friends.

At each Ryder Cup, golf fans get to meet the partners of the players at the opening ceremony and discover who their favourite golfers share their lives with off the course.

In 2021, we have seen many wives and partners on the final green celebrating victories with the players and it is always a heartwarming part of each PGA Tour event.

Each shot and each match will not only be played by the players, but each partner will be willing them on behind the scenes and it will feel like they are playing the shots as well.

Meet the wives and partners of each member of Team USA.

Dustin Johnson and Paulina Gretzky have been engaged since 2013 and they have two children together. Earlier in the season, Paulina revealed that they are to be married this year, but a date is yet to be decided.

This pair have been together since high school and were married in 2018. Verret attended Texas Tech University and has gone on to organise charitable events in aid of children in America from poorer backgrounds.

Earlier this month, they revealed that they were expecting their first child together.

Bertolami was born in Tennessee and right now, she has over 61,000 followers on Instagram. She has grown popular as a result of her fashion modelling.

In terms of school, she has studied at Cohasset High School in Massachusetts, Chapman University in California and Belmont University in Nashville, Tennessee where she studies pharmacology.

According to her Linkedin, Nikki Guidish has been working as a doctor of pharmacy for just over a year.

Nikki received her doctorate in May 2018 from USF College of Pharmacy, and previously interned at several hospitals, pharmacies, medical centres and clinics. Before that, she attended the University of Central Florida.

RELATED: BRYSON DECHAMBEAU SAYS "SOMETHING FUN IS COMING UP" WITH BROOKS KOEPKA!

Jena Sims was born in Georgia and she attended Belmont University, where she studied International Business. Engaged to marry Koepka, she is an actress and a model, who has appeared in a vast amount of movies alongside some of the film industry's biggest stars.

Jillian Wisniewski works as a Production Business Manager at McGarry Bowen, an advertising agency and much like Thomas, she is from Kentucky. It is believed that the pair have been together since 2016.

Shortly after the US Open, Xander Schauffele and Maya Lowe got married in Las Vegas. Schauffele and Lowe had been dating since 2014. Lowe's LinkedIn account informs us that she works as 'Center Manager Flex' for Planned Parenthood of the Pacific Southwest.

Tony Finau is married to Alayna Galea'i-Finau and they have four children together called Jraice, Leilene Aiaga, Tony, and Sage.

According to the two-time PGA Tour champion, Alayna comes to half of his tournaments but she has to look after the children, so is unable to make all of his events.

After six years of dating, Scottie Scheffler and Meredith Scudder got married in December 2020.

Tori Slater attended the University of Kentucky before transferring to Florida Atlantic University to study marketing and business. Reportedly, she is now a realtor specialising in several areas in Florida like Jupiter and Palm Beach Gardens.

Both Harris English and Helen Marie Bowers attended the University of Georgia between 2010 and 2014, which is where we assume they met. The pair got married in 2017.

Collin Morikawa met Katherine Zhu whilst he attended the University of California, Berkley, and Zhu went to Pepperdine University. Zhu was born in Vancouver, British Columbia and her father, Mike Chu, was a champion tennis player.

NEXT PAGE: PADRAIG HARRINGTON AND PHIL MICKELSON STAR FOR U2 AND OASIS IN HILARIOUS PARODY