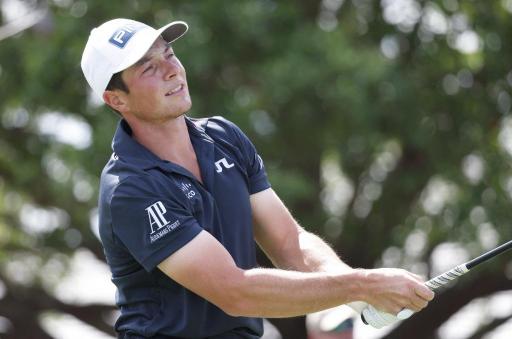 PING enjoyed a clean sweep on the PGA Tour and the DP World Tour this week as Viktor Hovland, Adrian Meronk and Thriston Lawrence came up with the goods in the Bahamas, Australia and South Africa.

Hovland, using the AimPoint putting method as discussed after the final round, carded a 69 on Sunday to win the Hero World Challenge by two shots from Scottie Scheffler.

One weekend. Three wins for #TeamPING.

The young Norwegian became the first player to successfully defend the title at this event since tournament host Tiger Woods in 2007. It was his first win since securing the Slync.io Dubai Desert Classic in January.

Meronk entered the final round at the ISPS Handa Australian Open one shot behind Adam Scott, one of his role models who he was excited to play with in the last round at Victoria Golf Club.

The man from Poland, who became the first player from his country to win on the DP World Tour at the Horizon Irish Open in July, carded a superb 66 to win by a staggering five shots.

Meronk left Scott and his fellow Aussies Min Woo Lee and Hadyn Barron in his wake. He eagled the 72nd hole to put a perfect finishing touch on the tournament which came after the Australian PGA Championship from the previous week.

As for Lawrence, he picked up his third win since November 2021 at the Investec South African Open Championship in Johannesburg. He narrowly beat Frenchman Clement Sordet by one shot on 16-under at Blair Atholl Golf & Equestrian Estate.

Lawrence, 26, held a five-shot lead at the start of the back nine and he limped over the line with three bogeys and a double-bogey in his last seven holes.

"This is what you strive for, being a kid you dream for this moment, to win such a prestigious event in front of an amazing crowd," he said.

Adrian Meronk - What's in the bag?

Thriston Lawrence - What's in the bag?