Home » Equipment » Ten of the Best

Reviewing the best drivers of 2016, of which four receive gold awards 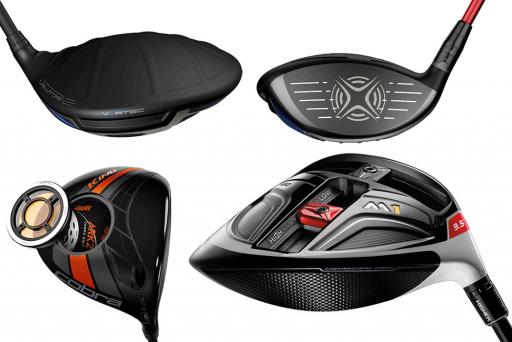 Seeking a new driver? We've tested some of the hottest on the market, just for you.

We loaded up with 12 of the current crop, targeted at the vast majority of players, and gave them a thorough workout with a Foresight Sports GC2 launch monitor at Stoke Park in Buckinghamshire.

Testers scored each driver independently for looks, feel and performance, before coming together to decide upon the victorious gold winners.

Four of them, though, have it all. Here's our verdict...

When two powerhouses like Callaway and Boeing join forces, you stand up and take note. There are few drivers better designed for players of all abilities than this one, especially when it comes to feel and performance. Long and forgiving, we can see this one flying off the shelves this season. Several testers preferred the feel and control of others, though. At £289, this one is certainly worth a punt.

Cobra King F6 represents one of the longest and most accurate new drivers on the market. Throw in its effective, user-friendly, adjustable sole weight that lowers the spin in the front seat and aids forgiveness in the back seat, Cobra's proven MyFly 8 Technology and confidence-inspiring looks, and the King F6 looks a steal at £249. One of the kings of the driver category this year.

Following in its brother's footsteps, the Cobra F6+ performed just as strongly. Loaded with forgiveness and bundles of distance for all testers, especially when dialling in the sliding weight. The overall aesthetic once again appealed, as always with Cobra drivers. It has a soft, crisp feel to it, and the adjustable weight is simple to use. Another impressive gold winner, but it does cost £50 more than the F6.

Rickie Fowler's new space-inspired driver is quite simply a missile with laser-like accuracy and rocket launch. By no means cheap at £349, especially given the performance of the cheaper Cobra King F6, but you will likely fly past the majority of your playing partners with this club in the bag. The looks did not quite appeal as much as the F6 drivers.

Mizuno is best known for its irons, but the Japanese brand is making huge strides with its drivers. The JPX EZ was one of the most forgiving and accurate drivers in our test. Middle of the pack in terms of distance, but boasts a soft and lively feel off the face. A large, rounded profile at address inspires confidence.

From red to green to blue. For 2016, Nike has produced a driver boasting two of the most desirable attributes - distance and forgiveness. Add to the mix some awesome aesthetics and we very much expect the Nike Vapor Fly to fly off the shelves this year, especially at £249. Some testers just felt there were better feeling drivers in the test, narrowly preventing it from a gold.

Whether you're a Masters champion or 28 handicapper, the PING G is likely going to suit. We love how the new Dragon Fly technology is visual on the crown, inspiring confidence over the ball, and how the Vortec technology better stabilises the head in the downswing through to impact. We can see it appealing to fans of both G25 and G30 drivers. This is one very classy club.

Srixon employ Action Mass Technology in the Z355 driver, combining a heavier head and counter balanced shaft. For players with slower swing speeds in particular, this increases club head speed and distance. It also offers a decent amount of feedback, and we enjoyed the classic aesthetic.

If you love your gadgets, you will adore the TaylorMade M1 with its tinkering T-Track that allows you to adjust trajectory, ball flight and spin at the touch of a wrench. One of the sweetest sounding clubs in the test, and the crown appealed to all. Certainly power packed, but not quite as long as what was to come. Its steep price tag may detract some interested punters for now.

Super long, super forgiving and super sounding, the TaylorMade M2 is one of the most impressive new drivers for 2016. While the M1 is perfect for the tinkerers out there, we feel the M2 provides more bang for your buck at £100 less. Suited for players of all abilities, the M2 will likely generate you with increased distance, greater accuracy and a feel-good sound. One of TaylorMade's very best.

The Williams Racing Golf MR driver makes the most of the company's knowledge of aerodynamics, offering us impressive club head speeds and decent distance. It has a unique feel, which took a while for our testing panel to get used to. There are more forgiving drivers on the market this season, and at similar price points.

For £279, you're getting a lot of driver in the Wilson Staff FG Tour F5. It mixed it with the best of them in both distance and forgiveness stakes, but was let down by a slightly dull feel. Classy aesthetics and effective adjustability was noted by all. A great option for someone who wants a top performer, but has one eye on the bank balance.