Bryson DeChambeau and Crushers bowed out of the LIV Golf Team Championship at the semi-final stage, putting an end to his inaugural LIV Golf campaign. 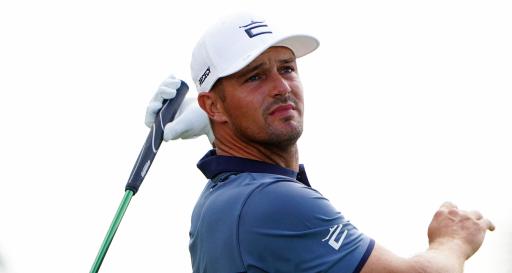 Bryson DeChambeau joined the LIV Golf Tour at the second invitational in Portland after much speculation and doubt surrounded his future on the PGA Tour.

The former US Open champion described his move as a "personal business decision," but he also vowed to use his prize money as a force for good despite the scrutiny surrounding the source of the purses and Saudi Arabia.

DeChambeau said back in July:

"I run and operate my golf as a business as well as wanting to be one of the best players in the world.
"Secondly, this will give me more resources and opportunities to reinvest in my local community in Dallas and back in my original home in California, where I can do things for junior golf tours, improve my foundation and build a multi-sports complex."

DeChambeau made two top-10 finishes on the Saudi-backed series and he, unfortunately, lost in his singles match against Louis Oosthuizen after 23 holes on Saturday. Crushers were eliminated in the semi-final stage of the Team Championship.

Having also had his infamous tussle with a rope at the LIV Golf Chicago Invitational and incredibly came second at the Pro Long Drive World Championship, he is now excited for what he calls his "first off-season."

"That a battle. 23 Holes of non-stop action w/ fellow competitor @louisoosthuizen57.
"Bittersweet feeling moving into my first ever off-season but couldn’t be more proud and honoured to share a team with such amazing guys @paul_caseygolf @banstaa @charleshowell3 @crushers_gc.
"Being on a team has really been a refreshing take on golf and made it much more enjoyable for me. See you all in 23’."

DeChambeau, who won eight times on the PGA Tour, alluded to the time off that LIV Golf allows the golfers to take ahead of the 2023 season beginning in February.

After the 29-year-old won the Ryder Cup with America in 2021, he played just once from the end of September to the start of January. He took two months off in October and November and his sole appearance on Tour in this period was the Hero World Challenge.

Many LIV Golf players such as Phil Mickelson and Dustin Johnson have spoken about more time spent with their families as a key reason for making the switch due to the gaps in the schedule.

Next year's season will feature 14 events as opposed to eight, while the rebels' participation and eligibility for the major championships are unknown.