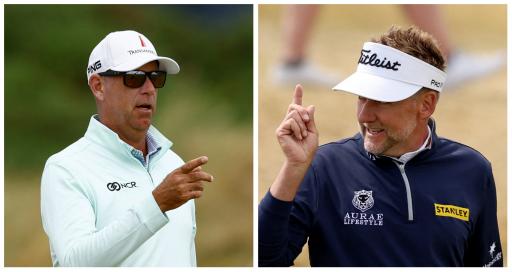 Former Open winner Stewart Cink has questioned if Europe's "passion" for the Ryder Cup was truthful in the wave of mass defections to LIV Golf.

Cink, who has played in five Ryder Cups and been on the winning team on one occasion, had some strong words about those who have decided to join the Saudi-backed series.

He was part of a generation that included a prime Tiger Woods that struggled to fulfil their potential in the biennial event.

It's a lazy accusation, but it has been consistently said over the years that the Americans just don't care enough about the event.

But after Henrik Stenson decided the price of the Ryder Cup captaincy was approximately £40million, the Swede now joins an extensive list of players who have shone brightly for Europe over the years, delivering incredible moments, who have joined LIV.

Cink told the Golf Channel: "They thrived on their togetherness and their passion for the Ryder Cup, but now that they've gone to play elsewhere and basically turned down the Ryder Cup, it just makes me wonder how truthful they were being."

He added: "Yeah, they played great, they were fabulous when they were on that heater [winning six out of seven matches from 2002-2014] but all this just makes me wonder if there might have been something else driving them other than passion for the Ryder Cup, because if it was that way, then they would still be playing on the European Tour and trying to qualify for the Ryder Cup."

He said: "It just really throws me for a loop. I've played with Henrik lots of times and we're friends and I've played against him in the Ryder Cup and I know how passionate he is about it.

"But I guess the opportunity to make a lot of money on another tour is a bigger deal than captaining in the Ryder Cup for Europe and I think that says an awful lot about where Henrik's heart lies.

"There might be some stuff in the background we don't know, but I'm surprised that anybody would step down from their role as captain in the Ryder Cup. We're seeing a lot of precedents being set in the golf world right now and this is no exception."