LIV Golf boss: When I said I'd create my own majors I was "misrepresented"

Majed Al Sorour, the chief executive of Golf Saudi, has claimed his comments about LIV Golf creating their own majors in an expose were "misrepresented". 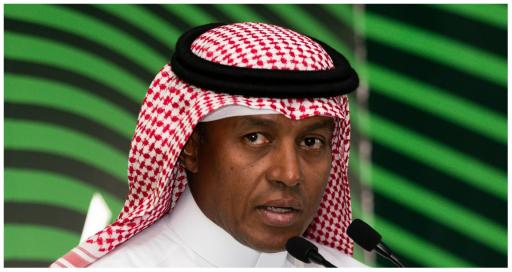 The chief executive of Golf Saudi has claimed his comments about LIV Golf creating their own major championships were "misrepresented" in a wide-ranging expose by The New Yorker.

An in-depth feature was published this week which quoted Majed Al Sorour where he discussed a number of topics such as LIV Golf players being banned from the majors and their battle for world ranking points.

There were also some other wild claims, such as Al Sorour allegedly inquiring about renting the Augusta National clubhouse during The Masters to "wine and dine" potential recruits to LIV Golf.

Elsewhere, it really transpired Phil Mickelson's famously divisive remarks really did almost torpedo the whole league before it even began.

Al Sorour was quoted as saying: "If the majors decide not to have our players play? I will celebrate. I will create my own majors for my players.

"Honestly, I think all the tours are being run by guys who don't understand business."

But on Thursday, a statement released by Golf Saudi clarified his comments.

Make of this what you will.

Al Sorour said: "I had a casual conversation with a New Yorker reporter at LIV's Boston event a few weeks ago, during which I expressed my frustration at the unfortunate blackballing of LIV Golf players by the PGA Tour.

"When it comes to the majors, tournaments that stand alone and are independent of LIV, I have the utmost respect for the majors. The majors are about history, heritage, true competition and honour.

He continued: "The story wrongfully expressed and misrepresented my views. The majors are indeed the best platform where LIV golfers and other tour golfers can compete, despite the PGA Tour’s suspension of our players.

"As a LIV Golf board member and managing director, I am here to accomplish our LIV Golf investment chairman and the board's strategic direction by building a team, growing the game and defending player rights. That is my only interest.’’

LIV Golf just completed the penultimate event of their inaugural $255m season in Jeddah, where an emotional Brooks Koepka took home $4.75m for his win.

The controversial series is due to wrap up their first season with a $50m Team Championship at Trump Doral in Miami next week.