The LIV Golf Invitational Series has not been listed under "eligible tours" as the governing body that hands out world ranking points announces changes. 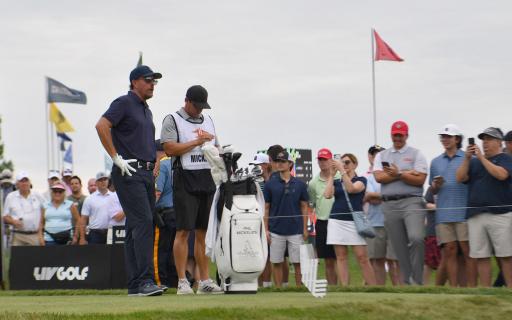 The Official World Golf Ranking (OWGR) will introduce an updated system from next week, with the LIV Golf Invitational Series not listed under "eligible tours".

They have published a document with the changes, which you can read here. A total of 23 tours are currently listed as being eligible for world ranking points.

The PGA Tour and DP World Tour are of course named. But there is no room for LIV. Yet.

One of the biggest problems for LIV Golf, aside from accusations of sportswashing and their players suing the PGA Tour, is that they do not have OWGR accreditation.

That means that LIV Golf players currently do not have a direct pathway to compete in the majors if they only play the 48-man, shotgun start tournaments with no cuts.

Unless players are past champions (Phil Mickelson etc), then players have to rely on their current ranking to get into the majors.

But if they aren't accruing world ranking points, they'll just slide down the list and not be eligible.

GolfMagic has previously written a detailed explanation of the situation here.

Greg Norman, the chief executive of LIV Golf Investments, has confirmed they lodged an application to OWGR during the 150th Open Championship at St Andrews.

Although this week Norman took another shot at R&A chief executive, Martin Slumbers, claiming that he previously had no opposition to LIV Golf.

Slumbers has spoken of how he views LIV Golf as "not credible."

Issues LIV has are that it only plays 54-hole tournaments with shotgun starts and no cuts. Tiger Woods asked about LIV: "Where is the incentive?"

This is important because Slumbers sits on the board of the OWGR and would vote on LIV Golf's application.

Norman wants anyone who has said anything negative about LIV to not be allowed to vote on their application.

This week OWGR is launching a modified Ranking System.

In the document explaining the changes, they said: "OWGR's field rating calculation has been modernised so that fields will be evaluated based on the skill level of every player in the field, rather than just those in the field among the current top 200 of the ranking.

"With this enhancement, minimum point levels, flagship tournaments and home ratings are no longer needed, removing the bias that can result from their use.

"Additionally, all players making the cut will receive ranking points according to the points breakdown.

"The other primary components of the OWGR system will remain the same."