The Masters 2022: This rookie just broke a rule at Augusta National!

Masters rookie Talor Gooch was unaware or had completely forgotten about this golden rule at Augusta National. 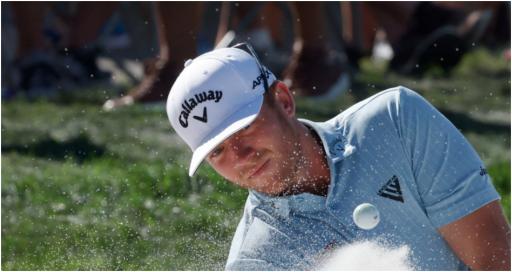 PGA Tour pro and 2022 Masters rookie Talor Gooch will have an amusing story to tell about his first experience at Augusta National.

Picture the scene, you arrive after driving up Magnolia Lane and take in your surroundings. You are completely overwhelmed by the history of the place.

You head out to the practice range and clip a few away. You might hit a few drives and then think to yourself: what if.

Then you head over to the putting green...only to be told off by the head pro. That is exactly what happened to 30-year-old Gooch.

Apparently Gooch was unaware, or had completely forgotten about one rule...shorts! He was wearing shorts at Augusta National.

That is one big no-no for members, their guests, Masters competitors and caddies. Only the patrons are allowed to wear them.

This story was first reported by David Westin of The Augusta Chronicle. The report states Gooch did manage to find a pair of trousers to wear.

Did you also know that caddies always have to wear their white jumpsuits every time they are on the practice area?

Gooch, from Oklahoma, claimed his maiden PGA Tour victory at the RSM Classic in November to qualify for The Masters.

He is currently ranked 33rd in the world.

More: Jordan Spieth "half the player he used to be"