Bryson DeChambeau, Dustin Johnson and Phil Mickelson headline a strong field that will appear at the Saudi International in February. 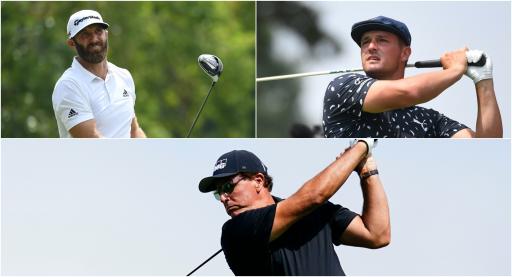 The Saudi International in 2022 has attracted a star-studded field and the strongest competition that the Asian Tour has ever seen.

Major-winning PGA Tour superstars such as Bryson DeChambeau, Dustin Johnson and Phil Mickelson are confirmed to tee it up at Royal Greens Golf and Country Club near Jeddah.

Dustin Johnson will likely be the favourite to take the title as he did in 2019 and 2021. Graeme McDowell won the tournament in 2020 and he is also in the field for only the fourth renewal of the event.

2010 Open champion Louis Oosthuizen is also in the field as well as Masters champion and former World No. 1 Adam Scott. Fellow Augusta greats Bubba Watson and Sergio Garcia will also play in the early-February event.

Some of Europe's finest players such as Tyrrell Hatton, Tommy Fleetwood, Lee Westwood, Henrik Stenson and Shane Lowry will also play for the lion's share of the $5 million prize fund.

In July, it was reported that the PGA Tour and the European Tour, now the DP World Tour, would not allow its players to compete in this tournament.

The tournament is seen by many as an opportunity for the Saudi government to 'sportswash' its human rights record to clean up its image.

As the tournament is no longer sanctioned by the DP World Tour, PGA Tour players needed a waiver granted to them to compete on another circuit.

It was also reported that any PGA Tour player who played in the Saudi International without a waiver could be subject to disciplinary action.

The full list of high profile entrants to the 2022 Saudi International is below: