Bryson DeChambeau will NOT LIKE this distance update from the USGA

The R&A and the USGA have released an update with regards to the areas of interest and topics of hitting distance in the world of golf. 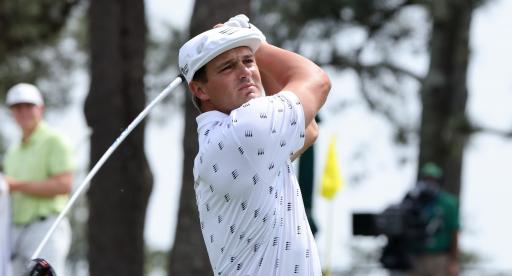 The R&A and USGA provided an update on their report on the hitting distances in golf and the possible diminishment of skill in the sport.

There is a concern among both organisations that hitting distances and longer courses could be a serious threat to golf's long term future and it could undermine skill and talent.

The R&A and the USGA are set to address factors from increasing ball speed tests which reflect the colossal clubhead speeds we see from the likes of Bryson DeChambeau and Rory McIlroy.

The governing bodies will narrow the focus within the context of Model Local Rules to look into the spring-like effect in drivers and how this affects hitting distances. Changes to the Moment of Inertia (MOI) will also be considered.

Model Local Rules concern club performance and this area of interest will investigate a reduction of the allowable spring effect in clubfaces.

Related: One-armed PGA Pro raises funds for Ukraine orphanage where he grew up

The governing bodies also intend to evaluate the effect of increasing clubhead speed to determine conformance to the Overall Distance Standard to at least 125 mph. The Initial Velocity Test may be modified or eliminated to provide the opportunity for innovation for shorter hitters

The R&A and USGA have informed industry stakeholders that they will consider whether these potential changes could be coupled with other alterations to equipment rules, which could provide innovation for recreational golfers.

Each governing body believed that the above considerations will address hitting distances for the longest hitters as they have the most impact on the lengthening of golf courses.

They also believe that the suggested changes will minimise the impact on shorter hitters with slow swings speeds and those at a recreational level.

The Distance Insights Report released in 2020 showed a long-term cycle of distance increases and The R&A and the USGA felt this could be detrimental to golf and the way it is played.

Lengthening of golf courses could also have negative effects on the time it takes to complete a round, the difficulty of courses and the cost of sustainability of the courses too.

"We have been working through this process carefully and collaboratively with the golf industry and greatly appreciate the constructive feedback we have received," said Martin Slumbers, Chief Executive of The R&A.

"Our thinking on these areas continues to evolve and we believe we are moving in the right direction to maintain the balance between skill and technology in golf that we have said is important.

"We will continue to work quickly but carefully as we look to resolve this complex and challenging issue for the sport as a whole."