This PGA Tour fan opted to shout a Will Smith Oscars reference after Sam Burns flushed his tee shot at the Zurich Classic. 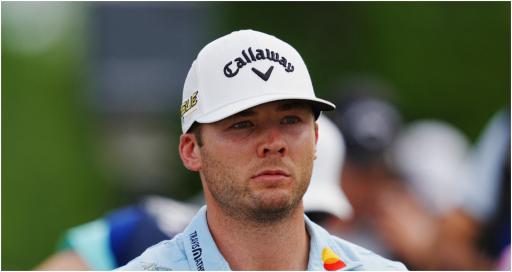 When it comes to golf fans and shouting stupid things at pro events it is fair to say that sometimes a village is missing their idiot. Over the weekend, one PGA Tour fan decided to pay tribute to Will Smith's Oscars mad moment.

We've heard so many unwelcome things being shouted before and some phrases, in my opinion, just need to die a death.

I'm thinking of "mashed potatoes" and "baba booey!" but that's just me. There some tedious other examples. Get in the hole?!

Last season on the PGA Tour commissioner Jay Monahan addressed the issue of harassing behaviour on the golf course.

That came at the height of the Brooks Koepka / Bryson DeChambeau "feud" after fans were goading both players with taunts.

DeChambeau, in particular, was targeted with shouts of "Brooksy!".

At the time, Monahan said: "Golf is not immune from unfortunate and disruptive behavior, although I would say that we do have the very best fans in the world.

"This is about just a few bad actors. And for the record, this isn't about any one particular player or one particular incident, but in some situations it's apparent that we have gotten away from the very civility and respect that are hallmarks to our great game."

Asked whether he felt like "Brooksy" was fall under harassing behaviour, he said: "Yes. And the reason I say yes is that what we are all using is the word ‘respect,’ and to me, when you hear 'Brooksy' yelled or you hear any expression yelled, the question is, is that respectful or disrespectful?

"That has been going on for an extended period of time. To me, at this point, it's disrespectful, and that's the kind of behavior that we're not going to tolerate going forward."

This fan is facing a 10-year ban from the @Zurich_Classic. pic.twitter.com/xLKFOOC4M2

Monahan said that the PGA Tour would update it's code-of-conduct for fan behaviour.

Which brings us to the most recent event on Tour with the Zurich Classic of New Orleans.

During Sunday's final round, Sam Burns pegged it up on the 14th and a fan bellowed "Keep my wife's name out your mouth!" after he flushed his tee shot.

Hard to judge if it's real or fake, but the reference to Will Smith slapping Chris Rock at the Oscars marked a massive departure from some of the things we have heard before.